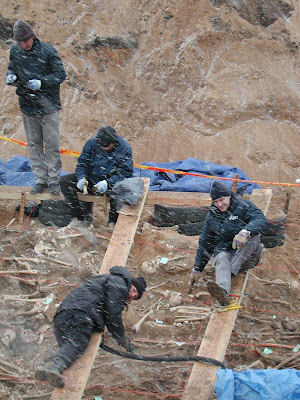 Back in 2001, archaeologists in Vilnius, Lithuania stumbled across a mass grave containing around 3,600 skeletons. They proved to be soldiers from Napoleon's Grand Armee who died during the disastrous invasion of Russia in 1812 to 1813.

Famous map of the campaing by M. Minard; the width of the line shows the number of surviving soldiers, pink on the march to Moscow and black for the return. The army had around 650,000 men when the campaign began, but only 30,000 marched back with their regiments. How many of the missing died and how many melted away into the countryside is disputed, but most historians think more than 300,000 died. 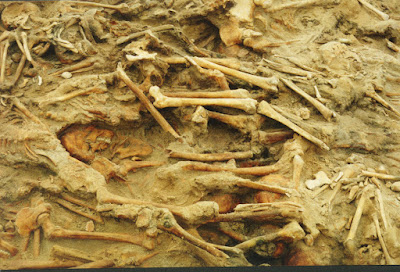 Vilnius was a stop on the return march,and French records suggest that about 20,000 soldiers died there of exposure, starvation, and typhus. 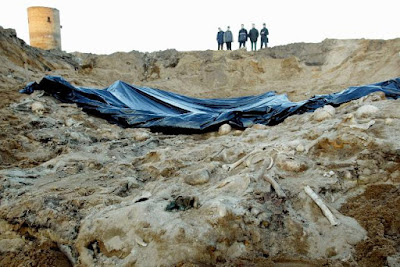 This is in the news now because the results of studies of the bones are now getting into print. The most striking finding was that many of the skeletons had higher than expected amounts of nitrogen's heavier isotope, N15. (Most nitrogen is N14.) Two things can cause this: living mainly on seafood, and starvation.


When the human body is deprived of protein, nitrogen isotope values can skyrocket. So conditions like anorexia, prolonged morning sickness, vitamin D deficiency, and starvation can cause an increase in nitrogen signatures.

Napoleon’s men were not in good health, even before their ill-fated stop in Vilnius. Research on the teeth of the soldiers in the mass grave showed rampant dental cavities and indications of stress during childhood, and over one-quarter of the dead had likely succumbed to epidemic typhus, a louse-borne disease. A febrile illness like typhus could cause increased loss of body water through urine, sweat, and diarrhea, which may also cause a rise in nitrogen isotopes. And, of course, historical accounts detail how troops fruitlessly scoured the countryside for food and how many of them ate their dead or dying horses. 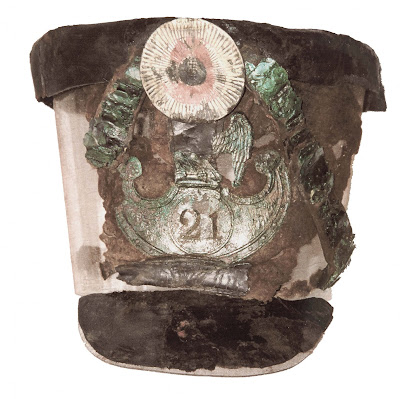 Most likely such skewed ratios of the isotopes in bones would not be created in just a few months of campaigning. They suggest that Napoleon's soldiers had suffered from repeated bouts of hunger and terrible nutrition, probably both before and after they entered his army. Theirs was a hard lot, whether in uniform or out.
Posted by John at 7:11 AM