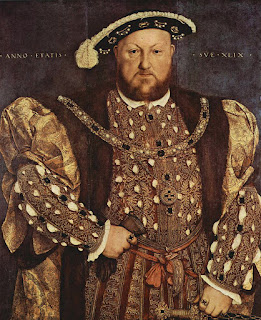 Hans Holbein left those of us who love English history a great gift in these images of Henry VIII and his court. When I imagine Henry, I see this painting, done around 1540. 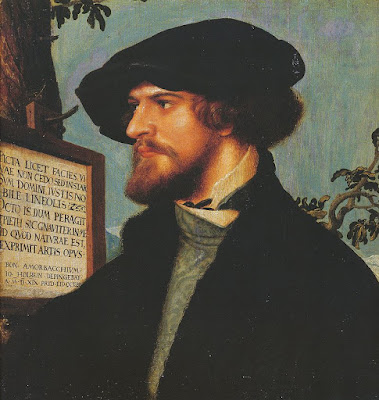 I gave an account of Holbein's career in my post on his drawings, to which I refer the curious. Here is one of his earliest surviving portraits, of Boniface Amerbach, 1519. 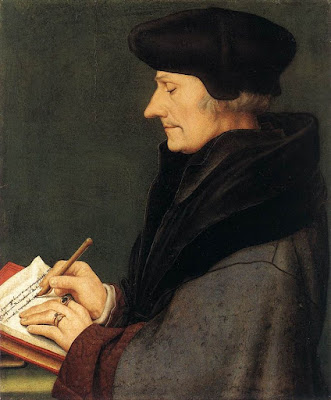 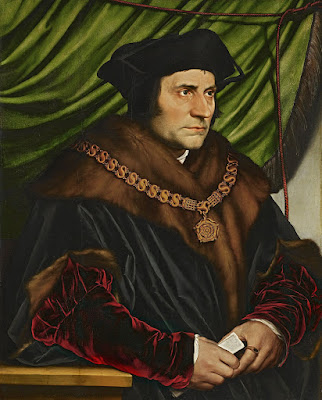 Sir Thomas More, c. 1527. Holbein arrived in England for the first time in 1526, with a letter of introduction from Erasmus to More, and More's was one of the first portraits he painted there. 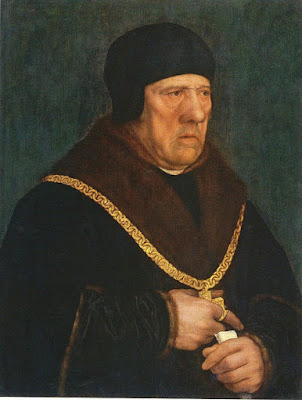 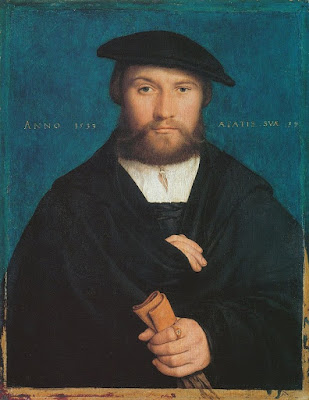 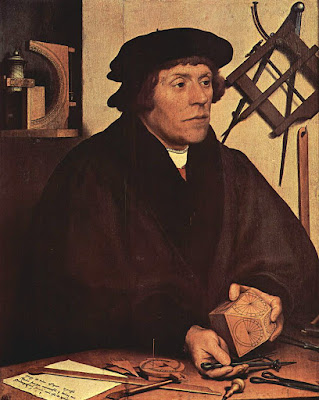 Another of the same period, and one of Holbein's most famous: Nicholas Kratzer, 1528-1530. I have a great reproduction of this in an expensively printed art book, which I assume has the color more or less correct, and I have not been able to find anything online that comes close. So I fiddled with wikipedia's image a little to get it closer to the rich yellows and browns of the original. But it's still not right. 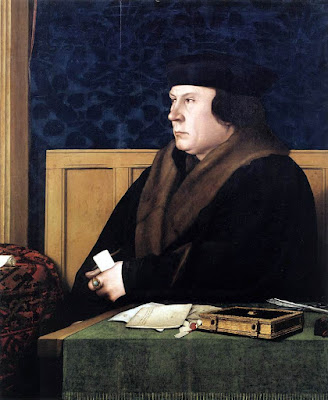 Back in England after 1532, Holbein painted his new patron, Thomas Cromwell. Not sure why he made his boss look so sinister; maybe Cromwell just really looked like this. 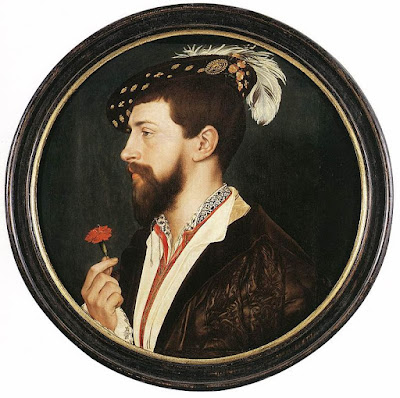 Simon George of Cornwall, 1535. About to break into a sonnet, I imagine. 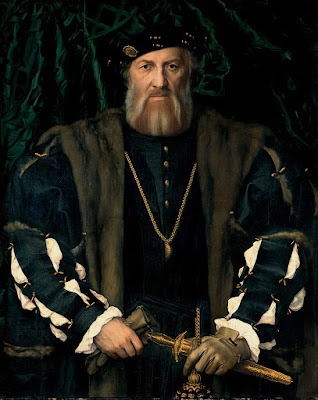 Charles de Solier, Sieur de Morette, 1534. This might be my favorite of all Holbein's works. 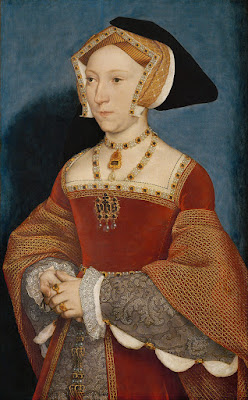 Jane Seymour, 1537. In general Holbein's women are less successful than his men, although it's hard to know since most of his portraits of Henry's queens were destroyed. Out with the queen, out with all of her portraits, too. 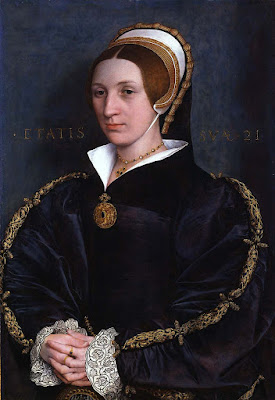 This lady has been identified as half a dozen different people, from one of Jane Seymour's ladies in waiting to Cromwell's sister. So, a mystery. 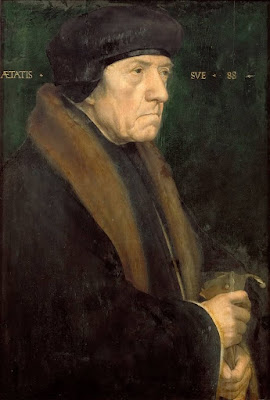 Ummm, that's Thomas Cromwell -- aka Hilary Mantel's muse -- not Richard. Loved the Holbein drawings the other day, keep up the good work.

A man who was not afraid to paint your nose exactly the way it looked.