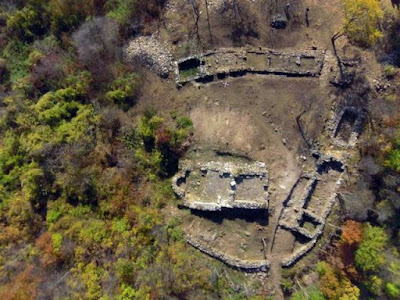 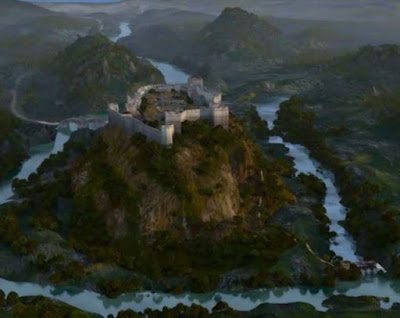 Reconstruction of the fortress at its height. The Turks finally took it in 1385, and it remained in use until the 17th century. 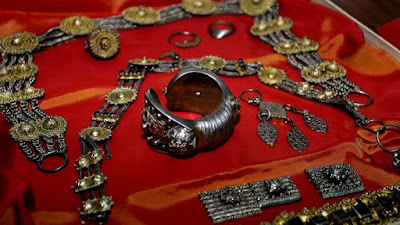 Besides its fascinating medieval history, the Urvich Fortress has been the scene of some interesting modern doings. In 1979 an Englishman named John Burnip spotted a suspicious lot of treasure for sale at a minor London auction house and bought it. Authorities eventually determined that it had been illegally excavated from the Urvich courtyard, where it had been buried in a clay pot, perhaps during a siege; Burnip eventually donated it to the Bulgarian government.


The Urvich Treasure is dated to the 14th-17th century AD, and consists of silver and gold-coated wreathes, belt decorations, and head decorations used by the late medieval Bulgarian nobility for wedding rituals as well as two rings, a bracelet, and different necklace decorations. 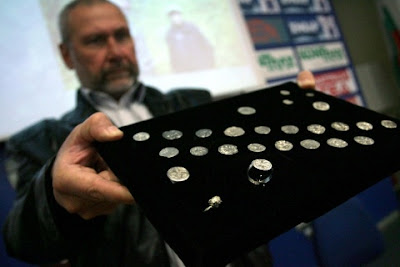 And that's not all the shenanigans. In 2011, Bulgarian archaeologists put 18 gold coins on display that had been minted by Bulgarian Tsar Ivan Alexander (r. 1331-1371). A rumor quickly spread that they were


part of a legendary medieval Bulgarian treasure – “treasure of the Shishman Dynasty”, which ruled Bulgaria from the ascension of Tsar Ivan Alexander to the throne in 1331 AD to the demise of his sons – Tsar Ivan Shishman (r. 1371-1395) and Tsar Ivan Sratsimir (r. 1371-1396) in the hands of the Ottoman Turks. It is believed that sometime in 1371-1372 AD the last Tsar of Bulgaria Proper, Ivan Shishman, buried his treasure at the fortress of Urvich where his forces made a stand against the invading Ottoman Turkish forces fighting fierce battles during the 1370s and 1380s.

The excavators actually believe that this might be true, but if so most of the royal gold was taken by treasure hunters before the archaeologists arrived, leaving only 18 stray coins behind. 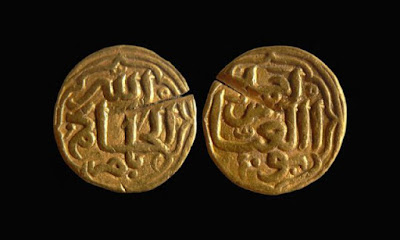 Recently Bulgarian archaeologists have been carrying out authorized digs at the site, and the amazing finds keep piling up, everything from Ottoman artifacts to a Thracian spear point from the 5th century BCE. This coin is from the Muslim Sultanate of Delhi, dating to the fourteenth century. 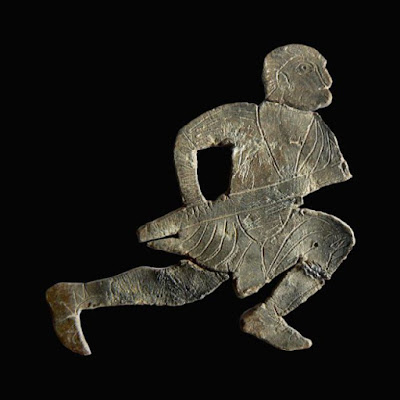 And this lead amulet may have belonged to a Roman soldier. 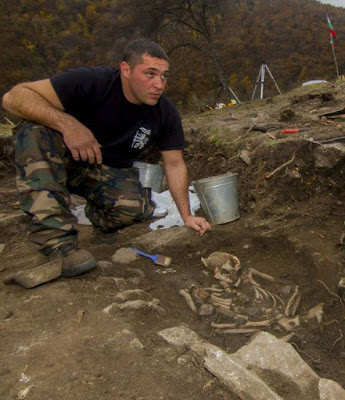 Above, excavating a medieval grave in the fortress. All of this comes from Archaeology in Bulgaria, which is one of the best sites for keeping up with cool archaeology as it happens.
Posted by John at 7:28 AM