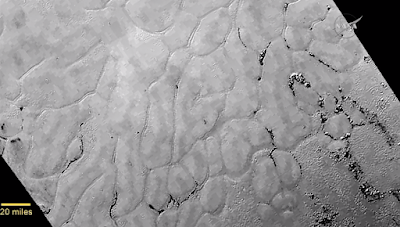 New Horizons collected so much data during its Pluto flyby that it will take months to beam it all back to earth. So the images and other findings will trickle out slowly. Today NASA released this image of what they are calling Sputnik Plana, the Sputnik Plains. There are no impact craters in this area, so this is geologically young terrain -- somewhere 100 million years and one week old, said their geologist during the press conference -- with many hard to explain features. 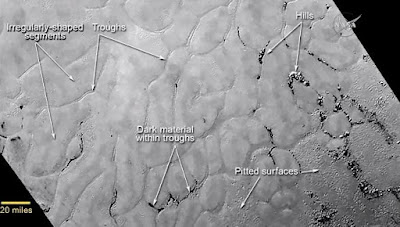 The dark hills that seem to rise out of the troughs or valleys in the ice are particularly intriguing. Much more to come.
Posted by John at 1:42 PM