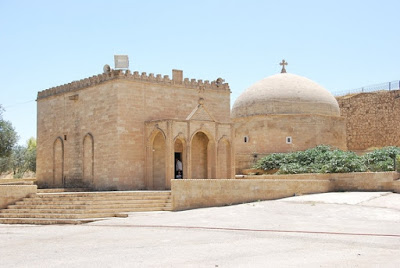 Over the past few years the Islamic State has destroyed dozens of important historical monuments in Iraq and Syria. Fortunately we live in a digital age, when almost anything of importance exists in multiple digital copies. For several important Iraqi sites we have thorough photographic documentation, thanks to Iraqi historian Amir Harrak, now a professor in Toronto. Using Harrak's images, the Canadian Center for Epigraphic Documents has begun creating an online database of lost artworks and inscriptions. These images come from the Monastery of Mar Benham, constructed in the sixth century. Above, the Martyrium, which holds the relics of Mar (Saint) Benham and his sister Sara. 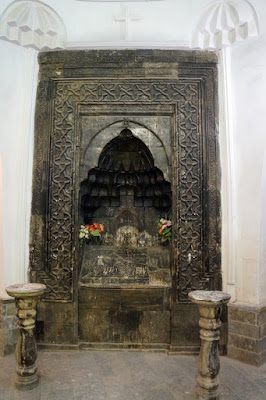 Tomb of the Saint. 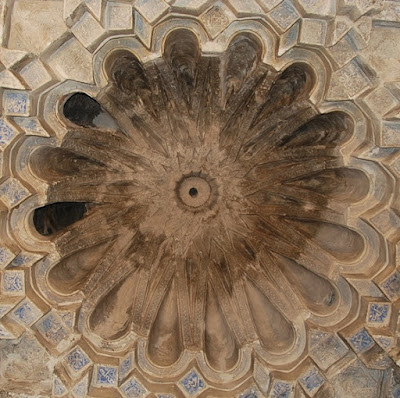 The Virgin's Vault, dating to the thirteenth century and including mystical inscriptions in Syriac and Arabic. 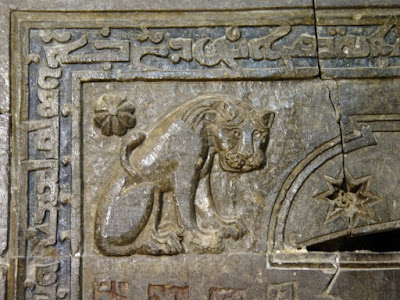 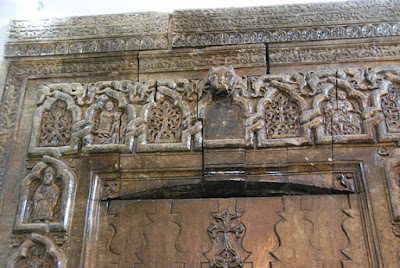 In the 6th-century Baptistery. More here.
Posted by John at 10:01 AM

Is there any decent sort of chance these sites could eventually be reconstructed to some degree?

Obviously some aspects are completely irreplaceable, but history is full of famous landmarks that have been destroyed only to be rebuilt in as close an image as possible a (relatively) short time later.

Is St Mark's Campanile in Venice any less impressive for having stood only 113 years since its most recent collapse (of many)? Is the Frauenkirche of Dresden a hollow imitation, having stood in ruin for half a century before her reconstruction began 23 years ago and was finished a mere 10 years gone by? Is the Hagia Sophia somehow lesser for having been literally reshaped by a history of religious conflict? Or is that very reshaping itself a legacy of the fascinating history of the place?

Time ruins things, and if we could save every historical treasure from her ravages, perhaps our collective legacy would be just a bit richer for it. But making of the world what we can with what we have is the best we can do instead.

And surely, with so many venerable historical sites being in all truth largely reconstructions of their prior selves, does it really matter in the end? Even sites "untouched" since their earliest origins many centuries ago were, in reality, constantly being repaired, maintained, and sometimes even radically expanded upon or altered. Nothing truly exists as it once did, unless we are just now plucking it from the soil to learn of its very existence, miraculously buried and preserved for generations without damage.

Obviously given the chance, we would undo the destruction of these Iraqi sites. But with that out of the question, is there any serious talk of doing the next best thing and rebuilding?