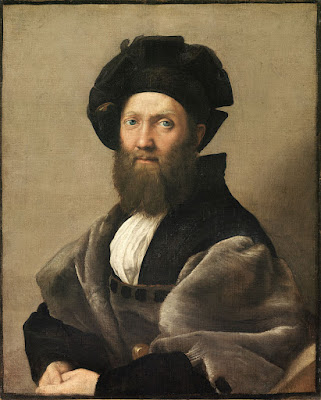 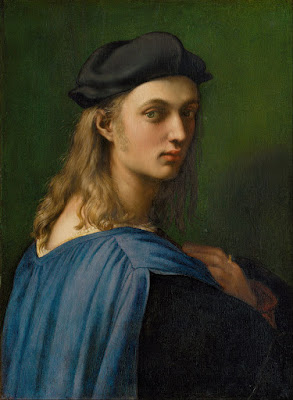 Portrait of Bindo Altoviti, 1514-1515. Don't you feel that a glance at this images tells you everything about him? 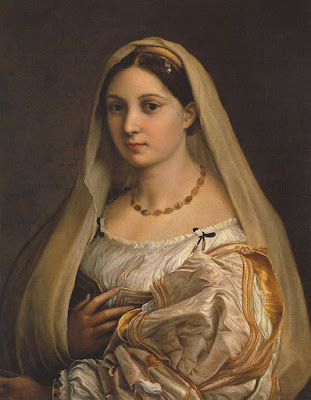 La Dona Velata (The Lady with the Veil), 1515-1516. To me this is another of the most beautiful paintings; I'd take this over the Mona Lisa any day. 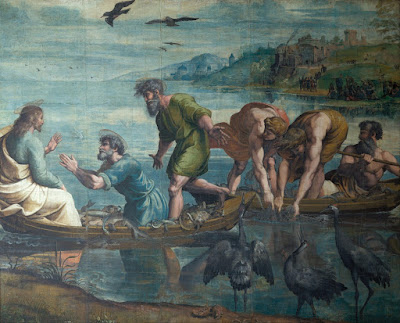 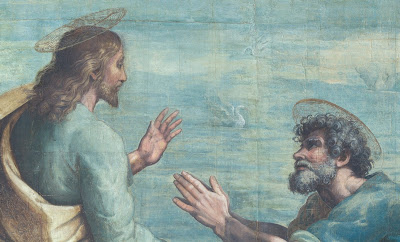 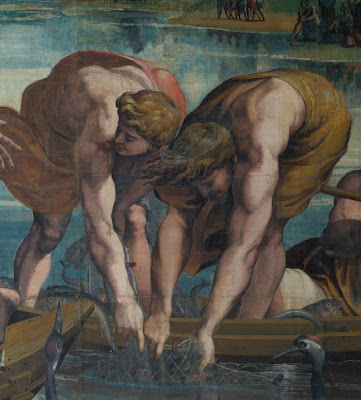 Cartoon for a tapestry of The Miraculous Draw of Fishes, 1514, and details. 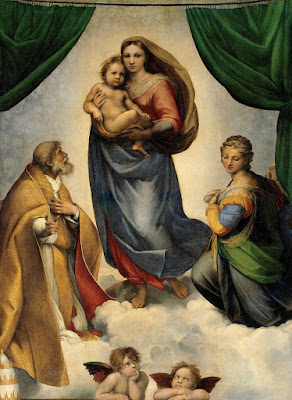 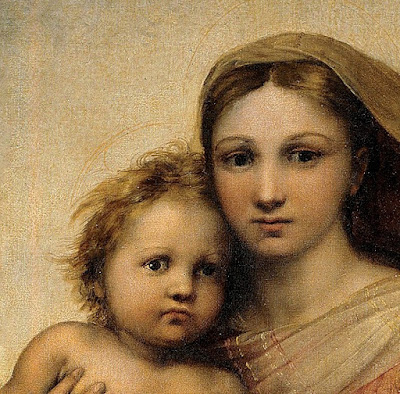 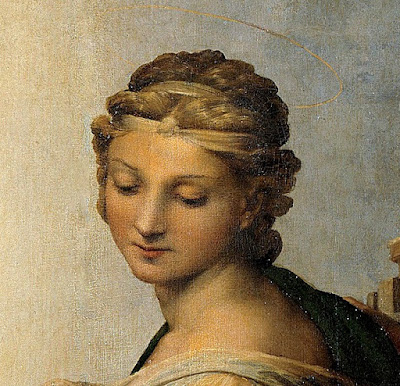 The Sistine Madonna, 1513-1514. Raphael's mature paintings astonish me every time I look at at them; I can find no flaw to protest, nothing to quibble about -- I can only look in awe. 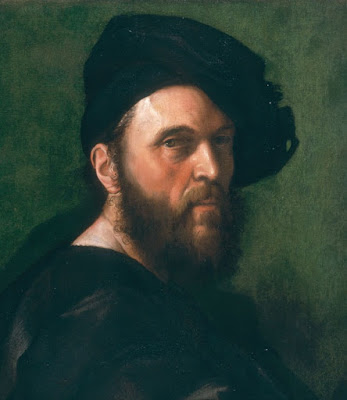 One of the figures from the Double Portrait of c. 1516. 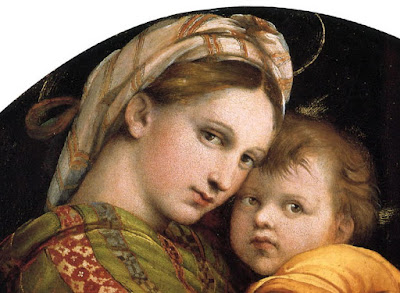 One of the things that fascinates me about the glorious art of the high Renaissance is that the theory behind it was crap. These men thought they were recreating an ancient world they understood not at all; the Florentines thought their baptistery was an ancient Roman survival, when really it was a Romanesque work of the 12th century. Without even knowing what was ancient and what medieval, they dismissed medieval art as grotesque barbarity. Their thought their aesthetics was based on Plato, but really their idea of Platonic thought derived from men who lived centuries after Plato, and even that they did not understand. But somehow out of their ignorant vanity, their foolish pride in their own time and place, and their faith in themselves, they erected an astonishing monument of perfect beauty. (Detail of the Madonna della seggiola, 1513-1514.) 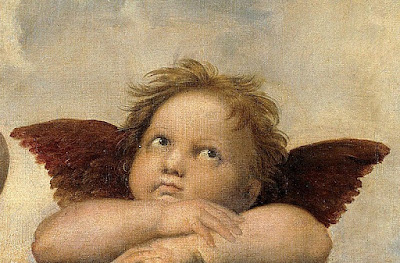 History seems to be like that.
Posted by John at 11:38 AM

Raphael's not my favorite rennaisance painter, but his technique is undeniable.

As for the art theory of the rennaisance being crap, what art theory ISN'T?

Since we're talking about Raphael, the example that leaps instantly to mind is the English Pre-Raphaelites of the mid 1800s, who saw Raphael's works as being "corrupting" of all art to follow. Their underlying theory sounds like absolute bunk to me, and yet they put out some paintings that are today rather famous and well known which I would have to admit I also enjoy.

The problem I have with most art theory is that it's all so pompous, presumptuous, and absolutist - it concerns itself with broad societal and cultural values, and either rejecting what art has come before in fits of self righteousness, or raising the art of the past up on a pedestal to herald as some sort of infallible majesty now lost to modern times.

Art theory should be about passing down practical knowledge to new generations of artists, and about constructing a language with which to talk about said knowledge. It should be a tool for helping people learn how to physically create and achieve different visual effects - not a platform for ideological navel gazing.