Bernie Sanders as a Young Revolutionary 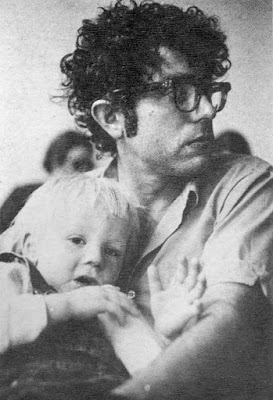 Sarah Lyall has an interesting piece in the Times about Bernie Sanders early career as a left-wing activist and journalist in the 1970s:


“The Revolution Is Life Versus Death,” in fact, was the title of an article he wrote for The Vermont Freeman, an alternative, authority-challenging newspaper published for a few years back then. The piece began with an apocalyptically alarmist account of the unbearable horror of having an office job in New York City, of being among “the mass of hot dazed humanity heading uptown for the 9-5,” sentenced to endless days of “moron work, monotonous work.”

Another essay mocked what Mr. Sanders felt to be the soul-destroying nature of conventional education.

“If children of 5 are not taught to obey orders, sit still for 7 hours a day, respect their teacher, and raise their hands when they have to go to the bathroom, how will they learn (after 17 more years of education) to become the respectful clerks, technicians and soldiers who keep our society free, our economy strong, and such inspiring men as Richard Nixon and Deane Davis in political office,” Mr. Sanders wrote, referring to the president and the Vermont governor at the time.

Two things about this interest me. First, these are exactly the complaints of my two eldest sons, who both regard an 8 to 5 office or factory job as a death sentence and think school is nothing but misery intentionally imposed on children to prepare them for that awful fate. I go back and forth in my head over whether this is true in a broad sense, or only for a certain subset of restless people, especially boys, for whom sitting still is torture.

Second, the need to believe that things we hate are terrible for our health. Sanders believed that office jobs caused cancer, but this is only one version of an assertion I have encountered in many different forms. "My job is killing me" may be the great lament of the twentieth century. But it isn't true. Not that the life of an office drone may not be bad for us in many ways, but as more and more people work the sort of jobs Sanders hated, we live longer and longer. What really shortened our lives in the past was bad sanitation, woodsmoke, tobacco, bad food, grinding physical labor in dangerous conditions, untreated bacterial infections, war, and the stress of living on the edge of hunger. Whatever you think of your office job, it won't by itself make you sick.
Posted by John at 8:49 AM