RIP Neil Armstrong, and Farewell to the Modern Era 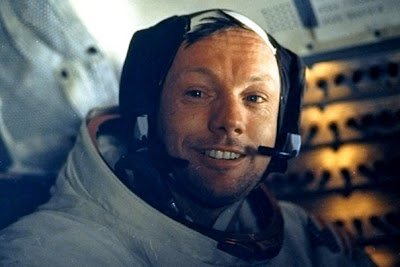 As the moon landing, once the epitome of all that is modern, fades into the past, I find myself wondering about the future. Will people walk on Mars, before I leave the earth? I doubt it, but then perhaps it is too much to hope that one generation could see both milestones.

Will we ever even try, or will human space travel seem some day soon like just another fad of the Modern age, like socialism or go go boots?

At least our robots soar ever onward, and perhaps by the time we land a drilling rig on Enceladus it will carry some sort of virtual reality gear that will allow us to look on as if we were there. What if it found life, or something that might be life; would that rekindle the spark that sent us to the moon? Or is that dead and past, as irrelevant as jazz or the League of Nations? Have I lived past the time when the need to prove that anything was possible inspired nations throw billions at quixotic quests?

Perhaps I should instead feel relieved that the Cold War, which brought us so close to Armageddon, has faded away and left us with photographs of men on the moon rather than radioactive rubble.

Farewell, Neil Armstrong, and farewell to the crazy era that made his mission seem like an urgent national need.
Posted by John at 4:15 PM