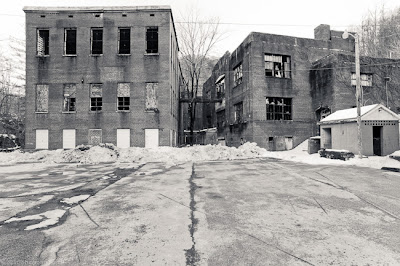 An excerpt from a new book by Chris Hedges about the dead end parts of America, this part about McDowell County in far southern West Virginia:


About half of those living in McDowell County depend on some kind of relief check such as Social Security, Disability, Supplemental Security Income (SSI), Temporary Assistance for Needy Families, retirement benefits, and unemployment to survive. They live on the margins, check to check, expecting no improvement in their lives and seeing none. The most common billboards along the roads are for law firms that file disability claims and seek state and federal payments. “Disability and Injury Lawyers,” reads one. It promises to handle “Social Security. Car Wrecks. Veterans. Workers’ Comp.” The 800 number ends in COMP. . . .

Joe and I are sitting in the Tug River Health Clinic in Gary with a registered nurse who does not want her name used. The clinic handles federal and state black lung applications. It runs a program for those addicted to prescription pills. It also handles what in the local vernacular is known as “the crazy check” -- payments obtained for mental illness from Medicaid or SSI -- a vital source of income for those whose five years of welfare payments have run out. Doctors willing to diagnose a patient as mentally ill are important to economic survival.

“They come in and want to be diagnosed as soon as they can for the crazy check,” the nurse says. “They will insist to us they are crazy. They will tell us, ‘I know I’m not right.’ People here are very resigned. They will avoid working by being diagnosed as crazy.”

The reliance on government checks, and a vast array of painkillers and opiates, has turned towns like Gary into modern opium dens. The painkillers OxyContin, fentanyl -- 80 times stronger than morphine -- Lortab, as well as a wide variety of anti-anxiety medications such as Xanax, are widely abused. Many top off their daily cocktail of painkillers at night with sleeping pills and muscle relaxants. And for fun, addicts, especially the young, hold “pharm parties,” in which they combine their pills in a bowl, scoop out handfuls of medication, swallow them, and wait to feel the result.

A decade ago only about 5% of those seeking treatment in West Virginia needed help with opiate addiction. Today that number has ballooned to 26%. It recorded 91 overdose deaths in 2001. By 2008 that number had risen to 390.

The existence of such islands of hopelessness is well known to most Americans. But what to do about them? 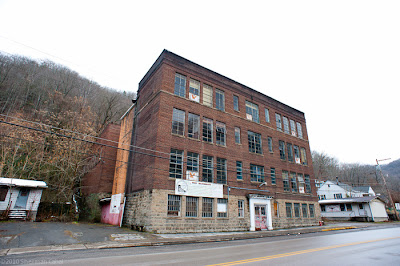 It seems to me that as with many things in America, political compromise between left and right has led to the worst possible situation. In the nineteenth-century such places would have emptied out, since people will move rather than starve. A generous state would provide jobs and education. (Memo to the American right: leftists don't want to give people welfare checks, we want to give them jobs.) Without the will to take either choice, we instead offer an assortment of benefits that provide just enough to get by, but not enough to raise anyone's spirits or provide them a secure foundation. In fact some of these programs seem designed to degrade the spirit rather than encourage it; in what reasonable world are people desperate to convince someone else that they are insane? And I don't mean that these people are lazy freeloaders. They probably really are "not right," living as they do with no hope for the future or pride in the past, surrounded by unemployed drug addicts, broken families, abandoned factories, boarded up mines, weed-choked farms, open-air drug markets ignored (or run by) the police, and people eager to do anything but give them decent jobs. I don't think, though, that a check that pays for only the bare minimum of subsistence is what they need.

(The pictures show, top, the old Gary District High School, and below, the nearby Iaeger Graded and Junior High School, from a ruin-obsessed photographer's tour of coal country.)
Posted by John at 12:23 PM

You don't know what you're talking about. You pass through here and think you know all about us.