Science vs. Religion, or Something 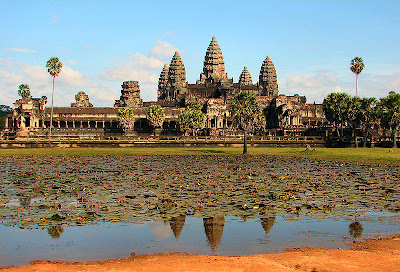 Daniel Sarewitz has a background in geophysics and now teaches and writes about the intersection of technology with social problems. He recently wrote a strange little essay for Nature titled "Sometimes Science Must Give Way to Religion." It left me thinking that while training in geophysics may be useful in many ways, it certainly does not prepare anyone to write movingly about philosophical topics.

Sarewitz has toured the ancient temples of Cambodia and come back with the sense that religion does something science doesn't do very well:


The wonder invoked by the Angkor temples is not an accident or a modern conceit. It flows, at least in part, from the intention of those who designed the temples. “In each of the Angkor monuments,” the architect Maurice Glaize explained in his exhaustive 1944 guide to the temples, “a pre­occupation with symbolic order seeks to create a representation of the universe in reduction … realising a kind of correctly ordered model”. The overwhelming scale of the temples, their architectural complexity, intricate and evocative ornamentation and natural setting combine to form a powerful sense of mystery and transcendence, of the fertility of the human imagination and ambition in a Universe whose enormity and logic evade comprehension.

So far, so good. But then we get to the part that bothers me:


Science is supposed to challenge this type of quasi-mystical subjective experience, to provide an antidote to it.

No, I say, no, no, no. Science does no such thing, at least not for me. What does science do? Science is supremely useful, of course, but beyond that science does for me exactly what the Angkor temples did for Sarewitz: evoke the wonder of the universe. I don't find that science in any way "challenges" the wonder of cathedrals and temples. No, it erects its own temples: the Pythagorean Theorem, Maxwell's Equations, the voyage of the Beagle, the Voyager spacecraft, Bernoulli's Principle, General Relativity. What better evokes the mystery of "a Universe whose enormity and logic evade comprehension" than the photos beamed down from the Hubble Space Telescope? 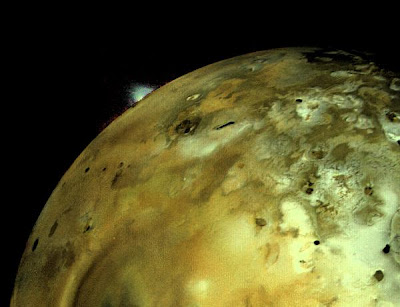 Sarewitz doesn't get the same sense from science that he got from the Angkor temples:


I am an atheist, and I fully recognize science’s indispensable role in advancing human prospects in ways both abstract and tangible. Yet, whereas the Higgs discovery gives me no access to insight about the mystery of existence, a walk through the magnificent temples of Angkor offers a glimpse of the unknowable and the inexplicable beyond the world of our experience.

Well, that's his business, and I hope he finds many more spiritual wonders to explore. But for me, the standing in a Bronze Age stone circle and learning about distant planets are very close to the same thing. Both lift out of my ordinary existence and into another plane. For me, there is no opposition, no challenge, just a world full of miracles. My view is closer to that of Jesuit paleontologist Pierre Teilhard de Chardin, who wrote, "Less and less do I see any distinction between research and adoration."
Posted by John at 8:28 PM