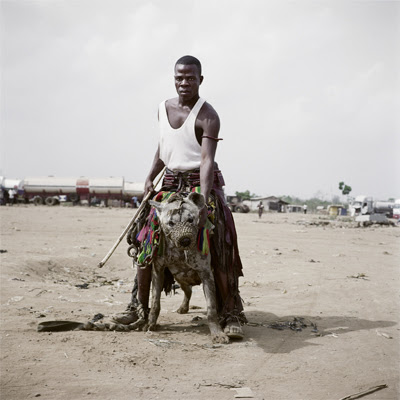 Ten years ago, one of South African photographer Pieter Hugo's friends sent him a picture taken with a cell phone through a car window on a street in Lagos, Nigeria. It showed a group of men leading hyenas down the street on chains. Fascinated, Hugo flew to Lagos but found that the hyena men had already left the city. He eventually tracked them down in the northern part of the country. 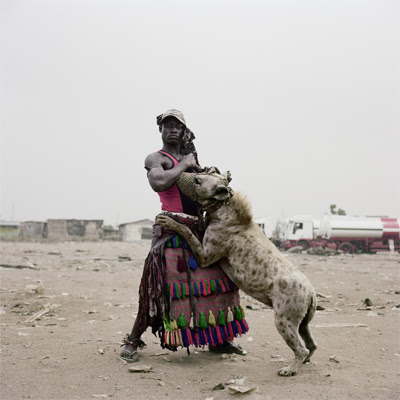 They turned out to be a troupe of wandering entertainers and medicine men who use the hyenas mainly to attract attention. They are all members of one extended family and they inherited their act from their parents before them. Very poor, they camp in various shanty towns as they travel around the country. 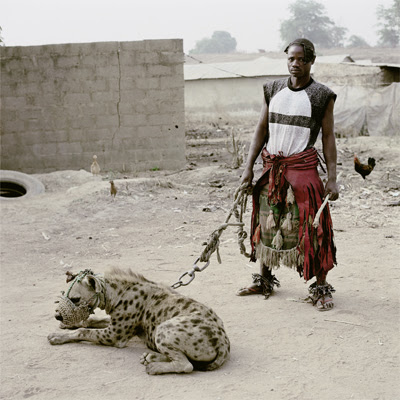 According to Hugo, their relationship with the hyenas sometimes seems loving and sometimes brutal -- which sounds to me like how most people related to large dogs before the 20th century. Many more at Hugo's web site. 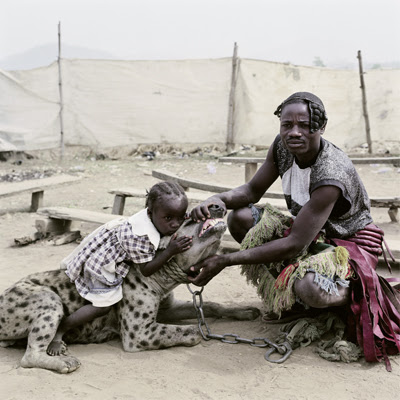