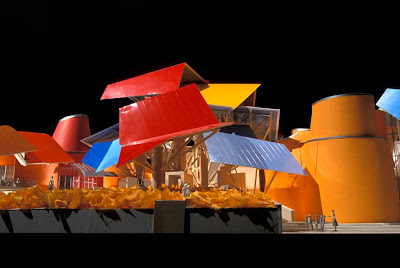 The BioMuseo is a new museum in Panama that will be devoted to biodiversity, and it aims to be focal point for environmental preservation efforts as well as an educational center. 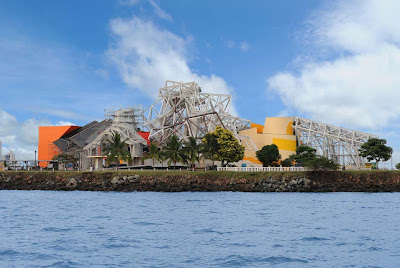 The design is by Frank Gehry, and it is his usual riot of confusing shapes. According to some things I have read, the structure is way over budget and more than a year behind schedule, and it will not be fully open until mid 2013. 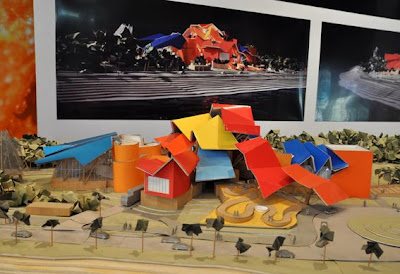 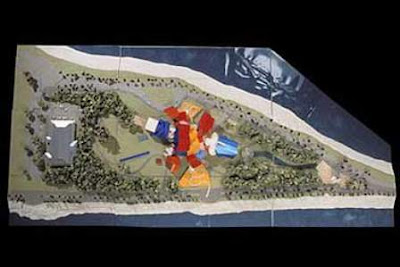 The museum will be near the eastern entrance to the Panama Canal and the backers no doubt hope to capture a lot of cruise ship passengers as well as locals.

It's hard to get a clear sense of what it will be like from plans and pictures of its current, incomplete state, but I kind of like it.
Posted by John at 8:40 PM