Caesarius of Heisterbach, the Grateful Dead, and Medieval Art 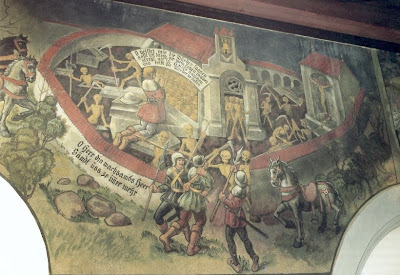 Amidst his collection of miracle tales, medieval raconteur Caesarius of Heisterbach passed along this version of an ancient tale known to folklorists as "The Grateful Dead" (Aarne-Thompson Type 505):

There was a once a man who had the habit, when he passed a churchyard, always to stop and pray for the souls of the dead whose bodies were buried there. Once it occurred that he was pursued by armed enemies into this churchyard, and lo! all the graves in the churchyard opened and one saw all the dead bodies, armed with swords and staffs, hasten to the man’s aid. For fear of them, the terrified enemies turned back and ceased to pursue the man.

I just discovered, from Martin Rundkvist's blog, that this story has several representation in late medieval and Renaissance art. The one above is in Baar, Switzerland, originally painted in the early 16th century but repainted and modified in the 18th. 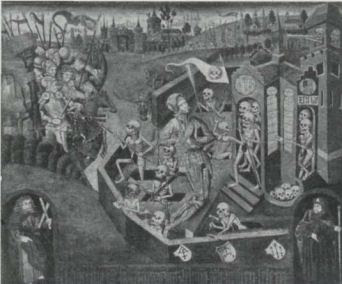 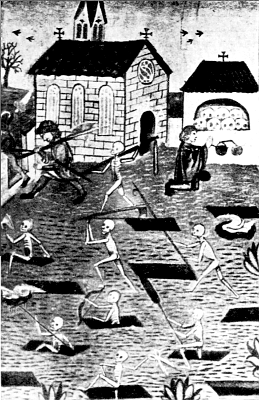 These are in Swedish churches, and both date to around 1500; Rundkvist found the illustrations in an old German article.

It struck me that in modern stories, bodies emerging from the ground is always a bad thing, but not so in many other times and places.
Posted by John at 10:27 AM