The Skeletal Army of Alken Enge 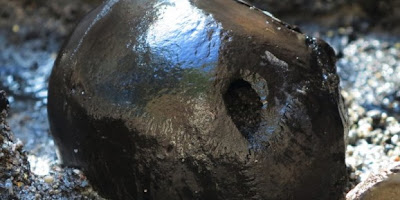 Alken Enge is a small bog in Denmark where archaeologists think they have discovered the remains of an Iron Age army.  They suspect that around the year 1 these men, perhaps numbering hundreds, were sacrificed after being captured in battle. Besides skeletal remains, most of them bearing the marks of violence, that site has yielded many weapons like the remarkably preserved ax below. When the bodies were deposited, the bog was a small lake. Only preliminary work has been done so far, but a multi-year exploration is planed. 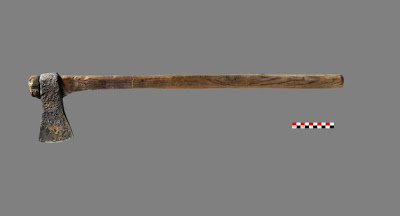 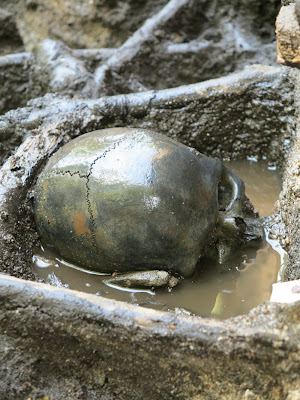