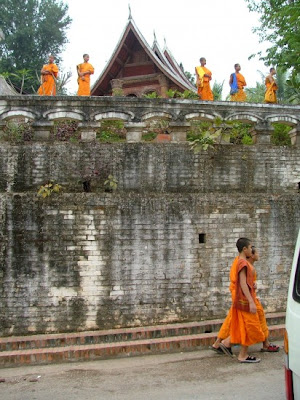 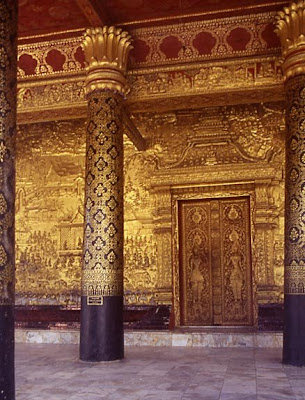 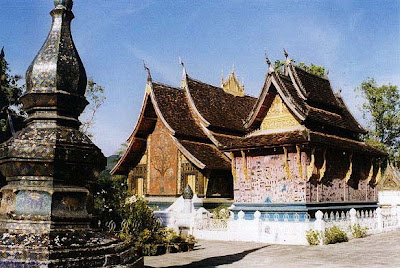 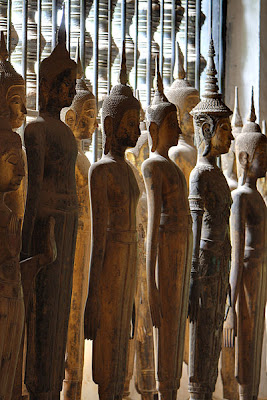 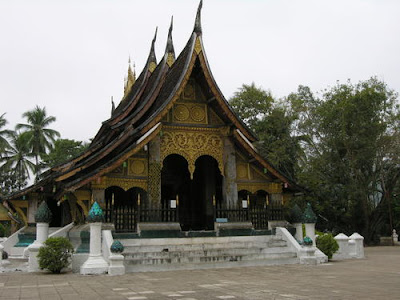 The city has existed since at least the 7th century CE, but most of the buildings seem to be more recent, the gaudy temples dating to the 19th or even the early 20th century. The UNESCO nomination cites its fusion of traditional architecture with buildings dating to the colonial period. 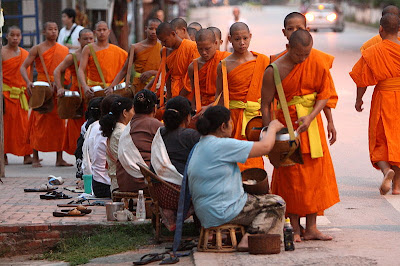 Every day at dawn processions of monks wind silently through the city, and people line up to deposit food in their bowls. 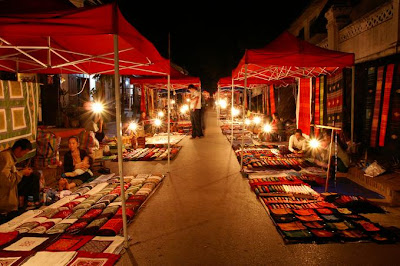 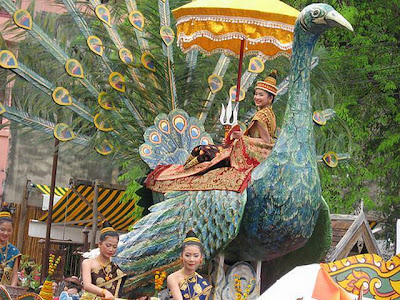