Archaeology and History along the Chesapeake and Ohio Canal 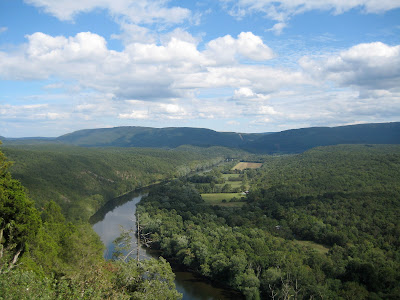 I spent the first decade of this century carrying out an archaeological survey of the Chesapeake and Ohio Canal National Historical Park. This terrific park runs 184 miles along the north bank of the Potomac River, from Georgetown, DC, to Cumberland, Maryland. It is an archaeological wonderland. We spent nine years on the project, three years for each of three sections of the park. Working with our backers in the National Park Service, we produced our reports in two volumes. The second volumes include the information necessary for managing the archaeological sites, including their exact locations, and all the technical archaeological data. These are not available to the public. But we wrote the first volumes as narratives for a popular audience, excluding sensitive information like site locations. These volumes were always intended for wide distribution. 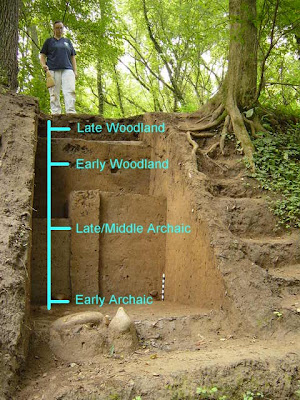 Now, working with the Western Maryland Regional Library, the NPS has put all three of those volumes on the web where anyone can download them. The first volume covers Georgetown to the Blue Ridge:

The Cohongorooto: The Potomac Above the Falls (2005).

This stretch of the river is bordered at many points by broad, flat terraces that were heavily occupied by Indians, and so this part of the park includes many amazing Indian sites. One of them has a 10,000-year stratified sequence, one layer on top of another going down 8 feet, from around 1200 CE at the top to 9,000 BCE at the bottom. This volume also includes our discussion of the Finnish role in settling the American frontier. Several of the first white settlers along the upper Potomac were Finns, whose ancestors came over to the Swedish colony on the Delaware River. After working through these sources, we ended up thinking that the Finns made key contributions to American frontier culture, including the log cabin. 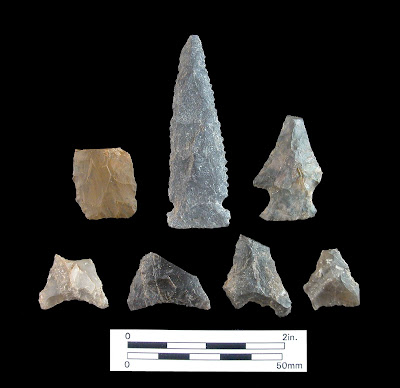 Through the Great Valley and Into the Mountains Beyond (2009)

The Great Valley section is probably the least exciting archaeologically, but it does include several interesting Indian sites, our discussion of German immigration to the valley, and our account of iron furnaces in the region, anchored to the Antietam Iron Works. 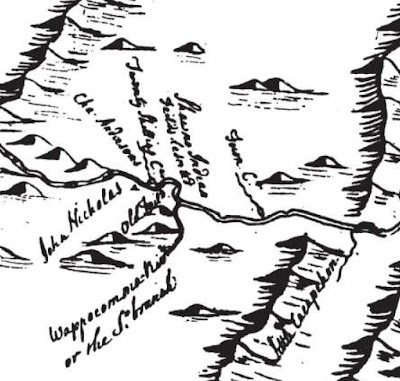 The upper segment report includes the fabulous archaeological complex at Oldtown, Maryland. Oldtown is a shortened version of "The Old Indian Town," a name that suggests the site's interesting past. From about 1715 to 1731 a Shawnee town, known as King Opessa's Town, stood here, and this volume includes our history of the town and of the Shawnee presence in Maryland and Pennsylvania. It also describes our thus-far unsuccessful search for the remains of King Opessa's Town. Before King Opessa moved in, the site had been occupied by other Indians for at least 9,000 years. We tested two villages of the Luray or Keyser Culture, the people who occupied the upper Potomac and Sheanadoah Valleys from about 1300 CE until they disappeared, rather mysteriously, in the mid 1500s. Wiped out by the Iroquois in the early years of the fur trade wars? We also tested two stratified sites that had well preserved older layers. 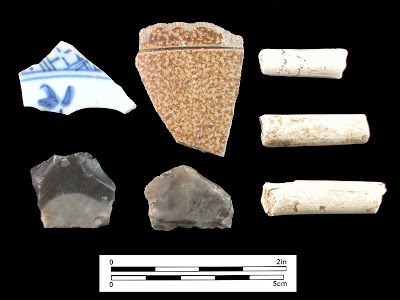 After the Shawnee moved out, the site was occupied by white men. First on the scene was Charles Anderson, one of those Finnish traders. (See the 1736 map above, which shows "Cha. Anderson" and "Shawno Indian Fields Deserted.") He was followed by Thomas Cresap, who set up a trading post that was visited by Christopher Gist, George Washington, and all the other luminaries of the frontier. When the French and Indian War broke out, Cresap fortified his post and stayed on, forming a militia company that was commanded by his sons. Half of Braddock's army camped at the site on their way to destruction. There were three old theories about where, exactly, Cresap's post was, and one of our accomplishments was to show that one of these theories was correct. 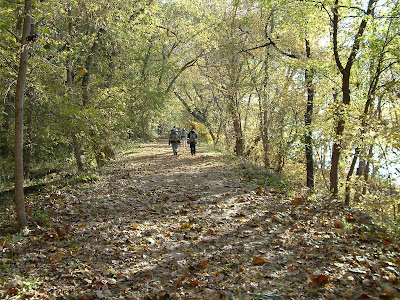 If you are curious about these matters, you can now read our reports. And if you are a researcher who wants more detail on the sites, write to me and I was pass your request along to the Park Service; they are usually willing to release their data to legitimate archaeologists and historians.
Posted by John at 8:21 AM