Claims about Human Species in a Time of Rapid Evolution 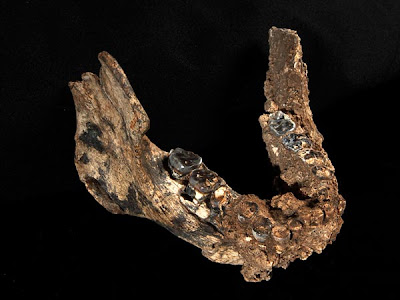 Meave and Louise Leakey, mother-daughter paleontologists, and Fred Spoor made the newspapers last week with a bold claim about human evolution. They asserted that they had verified the existence of a new species of genus Homo, our own genus, that lived between 1.9 and 1.7 million years ago. This means, they argue, that there were at least three separate species of hominids in Africa at the time. Last week I only had time to glance at the articles, but that was enough to raise my skeptical hackles.

Because, see, for the past three million years or so our relatives, which we call either Australopithecus or Homo, have been evolving very rapidly. (We are still evolving very rapidly.) This means that it is very difficult to define species or to say which fossils belong to one species or another. Two paleontologists can look at the same fossil and place it in different species. Even the genus of some fossils is disputed; some are called Australopithecus by some paleontologists and Homo by others.

Now that I've had time to read more about these fossils, I see that many paleontologists are unconvinced by the new claims. Nature published a commentary by Bernard Wood, who said that the taxonomic approach to human evolution -- the obsession with shoehorning fossils into certain species -- is "remarkably simplistic." Which is what I say. Given that all paleontologists believe in evolution, why do they still spend so much time and energy dividing the continuum of evolutionary change into discrete blocks called genus and species?

This guy, a graduate student blogger, has an interesting take. As he notes, there is certainly a lot of variability in the hominid fossils from this period, as the comparison of these jaws shows. But how many species that represents is a very hard questions, since the fossils span the whole continuum and do not cluster into obvious types.

This guy says one of the new fossils looks to him like a juvenile Australopithecus sediba, so not even in genus Homo.

We need to change the way we think about evolution. It isn't that you have one species, and then at some point it changes into another species. View across time there is no such thing as a stable species, only an ongoing process of transformation.
Posted by John at 12:03 PM