A Few Notes on Burma 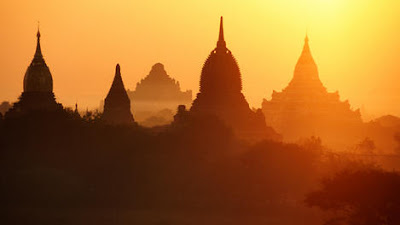 The most portentous events taking place in the world right now are probably in Burma. The mad, xenophobic military dictatorship is crumbling, and there is a real chance that something much more democratic and open will replace it. Evan Osnos has an interesting article about the changes in he current New Yorker, and from it I draw these observations:

First, none of the main actors here seem to be motivated by high and noble principles. The younger generals who have started the opening process are worried about their country's economic slide and their international isolation. They want factories, highways, trains, airports. As one diplomat said, "when Laos overtakes you in per capita G.D.P., it's time to rethink your basic national strategy." On the other side are a gaggle of activists but, more importantly, the whole business class, who just want to make money like their partners in Thailand and Indonesia do. Their leader is Aung San Suu Kyi, who has spent a decade under house arrest but, it seems, never really wanted to be a dissident. When she met Hillary Clinton she said, "I don't want to be an icon, I want to be a politician." So she has been making deals with pragmatic military men. I worry that this arrangement may not last, but so far it is producing results.

Second, offhand remarks made by American politicians sometimes resonate around the world in unpredictable ways. In his inauguration speech, Barack Obama vowed to work with repressive regimes if they wanted to reform, saying "We will extend a hand if you are willing to unclench your fist." This sounds to me like a bit of high-sounding political biolerplate, but Burma's reform-minded younger officers took it very seriously. These words were a key factor in persuading them to move forward, since they expected that liberalization on their part would meet with a positive response from Washington.

Third, the personal element matters. Overtures from Burma set off a heated debate within the State Department and the Obama administration; some people wanted to respond dramatically, while others were cautious. Obama decided to go ahead with liberalization -- ending trade sanctions and the investment ban, sending an ambassador for the first time in 25 years -- after a phone call with Suu Kyi.

At the moment I am optimistic. There will certainly be conflicts ahead, reverses, economic ups and down, maybe even coups and counter coups, but having taken a look at the North Korean route, the Burmese leadership has decided to rejoin the world, and that will force them to move in a certain direction.
Posted by John at 1:33 PM