Thrace at the Louvre 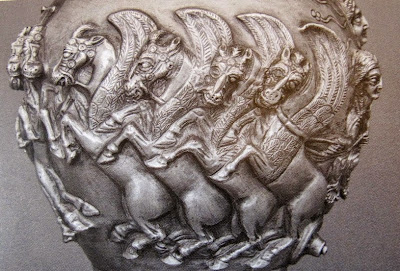 There's an exhibit at the Louvre of ancient Thracian artifacts from Bulgaria, and Juliana Lees has pictures. All of these objects come from royal tombs of the 4th century BCE. A few were imported from Greece, but most were locally made. Above, silver jug, 350-300 BCE. 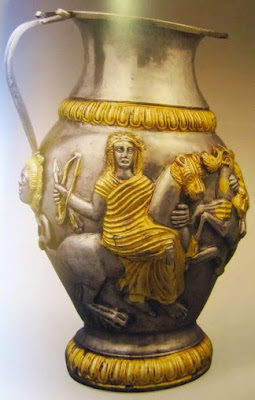 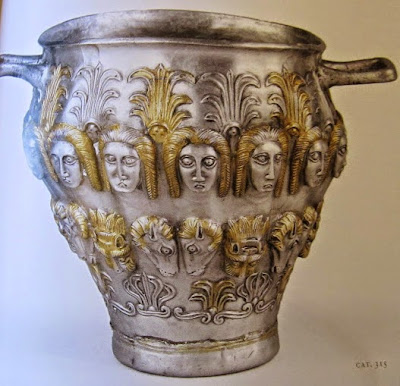 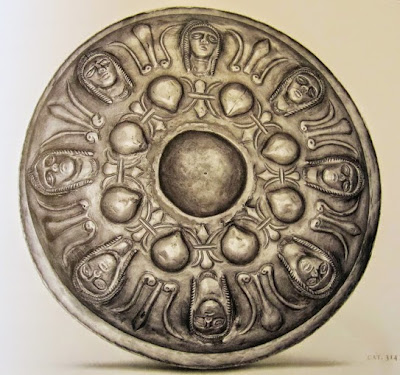 Silver disk with heads, c 300 BCE. This and all the objects above were probably made in Thrace. 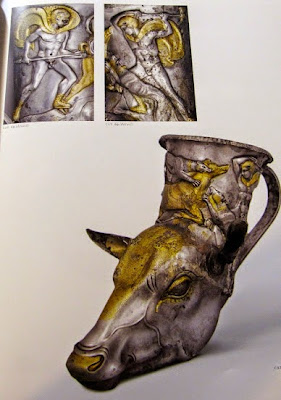 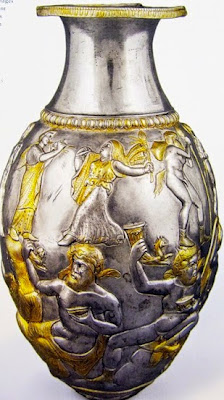 Silver rhyton with wedding scene, c. 400 BCE. This is interpreted as the sacred wedding of Dionysus and Ariane. 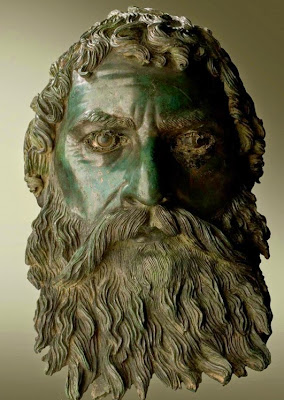