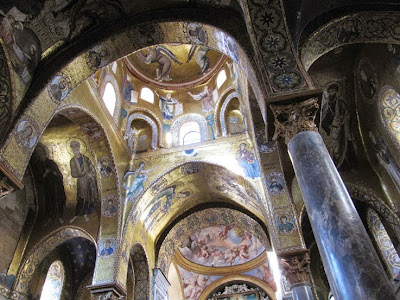 La Martorana is formally the Church of Santa Maria dell'Ammiraglio. Built between 1143 and 1151 as a Greek Orthodox church, in the Catholic but famously tolerant Norman kingdom of Sicily.  It now houses a parish of Armenian Catholics. 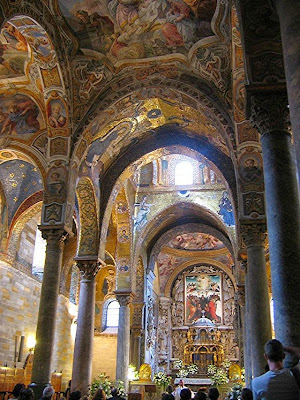 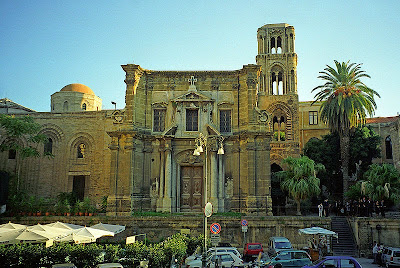 In the fifteenth century the church was absorbed by an adjacent convent of Benedictine nuns, known as La Martorana after its founder, Eloisa Martorana; the nuns are gone but the name stuck. The nuns were famous for their molded marzipan treats, and such confections are still known in Palermo as frutta di Martorana. The nuns extensively enlarged and modified the church in the seventeenth and eighteenth centuries, leaving it a strange mix of Byzantine and Baroque styles. 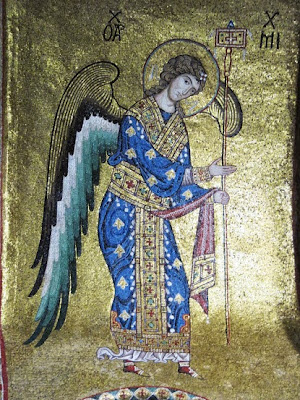 During the Sicilian Vespers of 1282 -- a Sicilian revolt against their French king -- the island's nobility gathered in the church for a meeting that resulted in the Sicilian crown being offered to Peter III of Aragon. 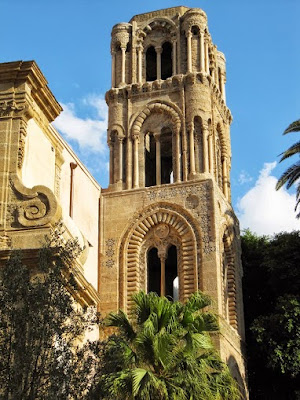 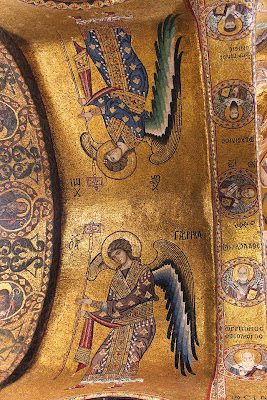 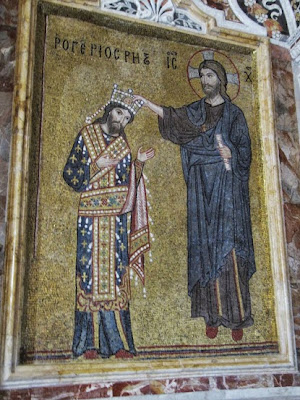 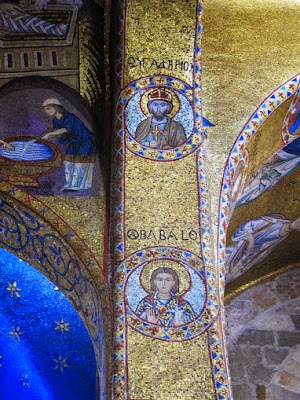 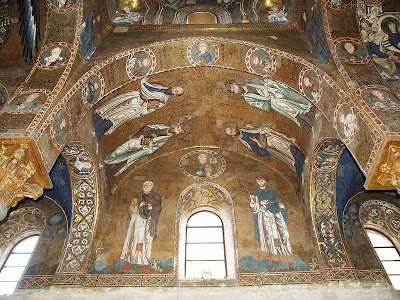 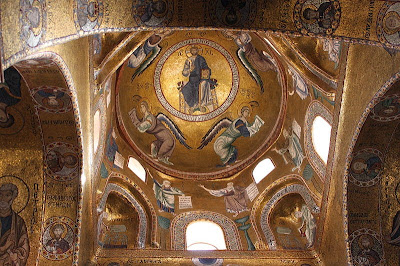 The mosaics date to the twelfth and thirteenth centuries. 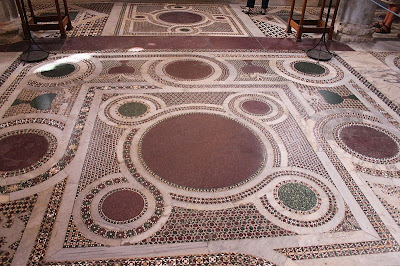 Floor. Enough survives to show why some twelfth-century chroniclers called this the most beautiful church in the world.
Posted by John at 7:57 AM