Here's a good line from the gathering of Republican candidates at the South Carolina Freedom Summit:


Senator Marco Rubio of Florida was cheered for his call for the United States to be “the strongest military power in the world” and for his blunt message to terrorists, which he cribbed from the movie “Taken.”

“We will look for you, we will find you and we will kill you,” Mr. Rubio said.

Well. Can we look at this again? Hmm, looks like it's going to take some really radical action from the Republicans to achieve that first goal. 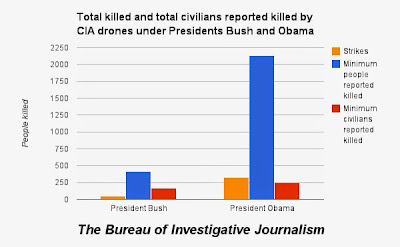 And about the second. Not that there aren't grounds for complaint against Obama's foreign policy, but his administration has been very aggressive at finding and killing terrorists.

So what we had in South Carolina is a bunch of candidates looking for ways to differentiate themselves from the Democrats, without any actual grounds for complaint. The smart ones stick to generalities, because whenever they say anything in particular they're wrong.
Posted by John at 3:26 PM