Hyena Pals and the Way of the Social Mammal 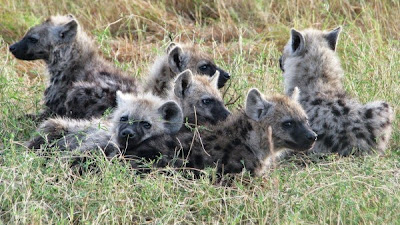 For all social mammals, the most important skill is getting along with others. The latest look at this phenomenon is a study of hyenas in Kenya:


Thee scientists found that individual traits, including the hyena’s sex and social rank, as well as environmental factors such as the amount of rainfall and prey abundance, all play a role in the animals’ social dynamics. But the most consistently influential factor was the ability of individual hyenas to form and maintain those tight friendships.

The most successful animals are not the biggest or the most aggressive or even those with the highest rank, but the ones with the strongest friendships.
Posted by John at 6:48 AM