A Field Day in Southern Maryland 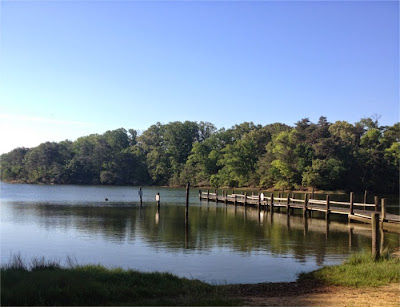 Yesterday I finally got back in the field for the first time since January, to a spot on the Patuxent River in southern Maryland. Above, the view from my parking spot right after I arrived. 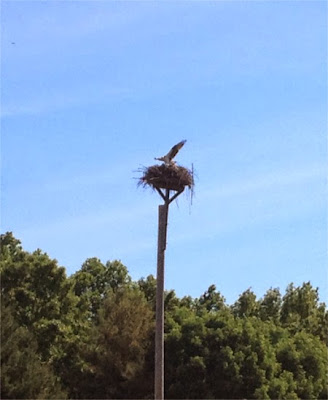 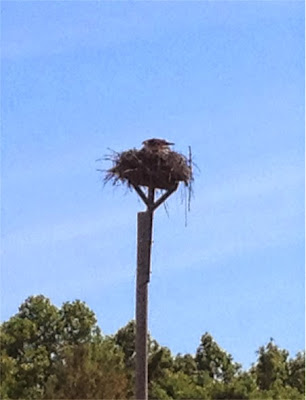 Osprey settling on its nest to feed a full house of little ospreys. This was the view from my parking spot in the other direction. When I saw this I thought, this is going to be a good day. But I did wish that I had been carrying a real camera instead of just my phone. 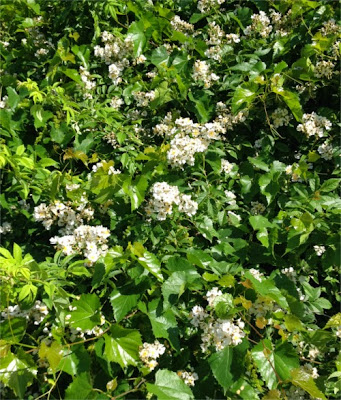 Floribunda rose, an invasive menace but a charming one, grew thickly in all the hedge rows. 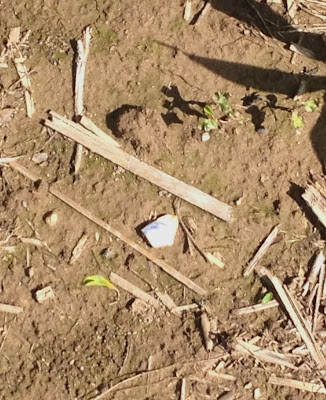 Piece of shell-edged Pearlware (c. 1775-1840) on the surface of the field. This location was part of a major plantation in those years. The location of the plantation house is known and protected; we were working across the modern road a hundred yards away where nineteenth-century maps show some structures along a farm lane. We suspected, and our fieldwork confirmed, that this was a row of slave cabins. At least some of the cabins continued to be occupied after the Civil War, which makes this a good site for studying one of the most important transitions in African American history. 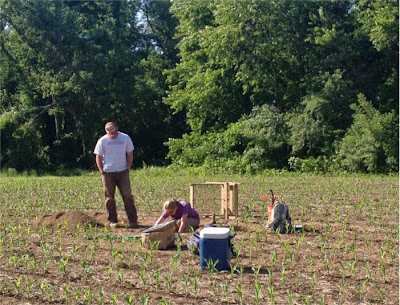 Excavating a test unit in the cornfield. 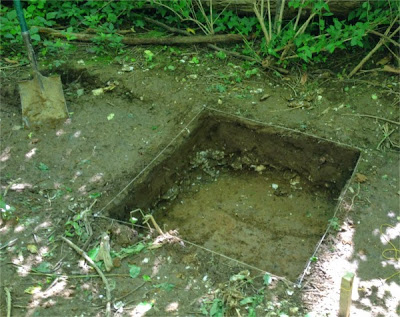 Test unit in a hedge row, containing part of an oyster shell midden dating to the early 1800s. 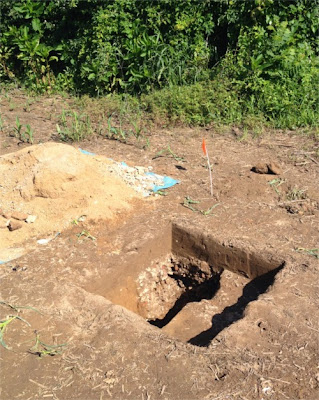 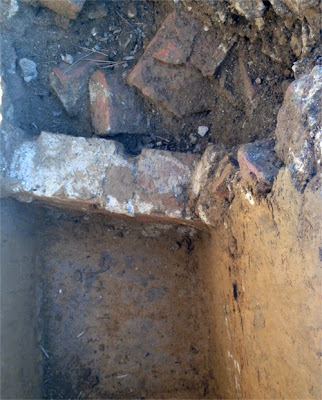 View down the hole, showing that we stumbled across a small, brick-lined storage cellar. This was not a structural element; that single row of bricks could not have supported a building, but just served as lining for the cellar, which was probably dug under the cabin floor after it had already been built. Using a metal probe we estimated the size of the cellar at about  8 by 8 feet (2.4 x 2.4 m). It was filled in the mid 1800s. 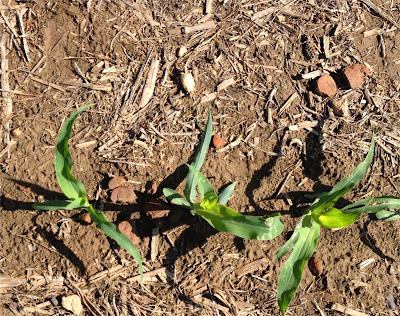 The cellar was a complete surprise because there was very little brick on the surface. Usually you can find brick structures with great ease just by walking over a field like this one, counting brick. But there isn't very much brick on the surface of this field at all, and not much more in this corner than anywhere else. You can see the biggest brick concentration in the vicinity above. My guess would be that the hand-made bricks in the structure were made of some clay mixture that turned out to weather very readily, so that all the bricks that didn't get buried below the reach of the plow have long ago turned to dust. 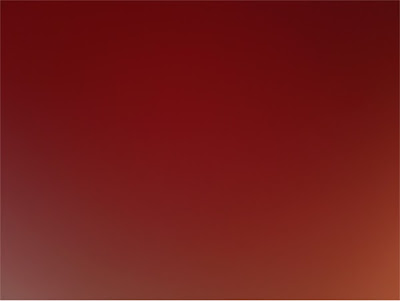 I suppose this was my hand, but I am titling it Maryland Landscape after Mark Rothko. 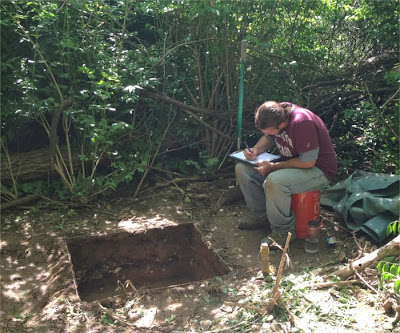 Mike, the field supervisor, doing what archaeologists actually spend most of their time doing. I have decided that Mike leads a charmed life. He answered an ad for our field crew last Fall and was digging for us at Great Falls when my top field guy resigned; Mike got an instant promotion after just a month on the crew. But now he is leaving us; he received a fully-funded offer from Yale to get his Ph.D. in archaeology there, digging in exciting places like west Africa and China. He will be moving to New Haven in August, living in the same neighborhood where all my friends who went to graduate school at Yale lived long ago. All the best to him; I'll miss him, since he did great work for us and was a great pleasure to have around, but I know he is embarking on a very exciting part of his life. 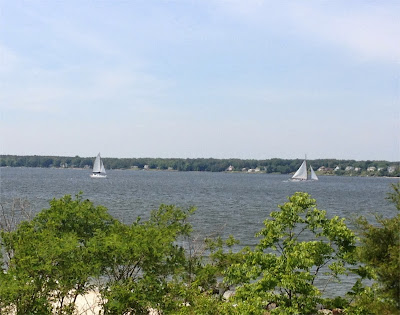 Sailboats on the Patuxent.
Posted by John at 7:53 AM