The Hittites and their Art 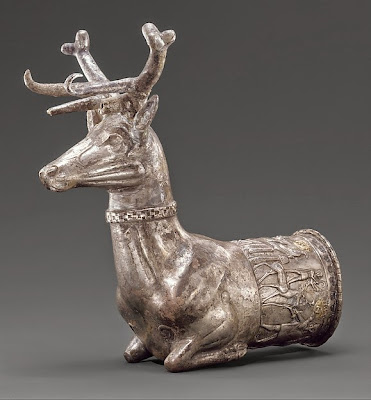 The Hittite Empire dominated Anatolia and northern Syria for about 250 years, 1440-1190 BCE. That much is clear, since it is well-documented in Assyrian, Egyptian, and Hittite texts. But who the Hittites were, where they came from, and how distinctive they were as an ethnic group are all much disputed. I have before me a recent book, The Hittites by J.G. Macqueen, and the chapter called "Who Were the Hittites?" is one of the most confusing things I have ever read. According to Macqueen, something that can be recognized as Hittite culture existed in central Anatolia by 2200 BCE. Their art owes much to that of Syria and older kingdoms in Anatolia, but it has a character of its own and some of it is quite marvelous. (Rhyton in the form of a stag, Imperial Period, 14th-13th century BCE.) 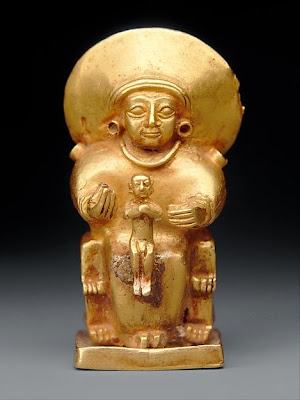 One thing we know is that the Hittites used an Indo-European language for their court documents. But how Indo-European speakers ended up in central Anatolia and what percentage of the population spoke the intrusive tongue are also much disputed. Since Hittite history spans more than a thousand years, during which there were many conquests, migrations, and other upheavals, the answer might have varied a great deal over time. (Tiny amulet of a seated goddess, 14th-13th century BCE, possible the sun goddess Arinna.) 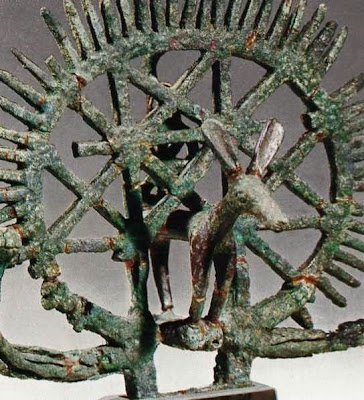 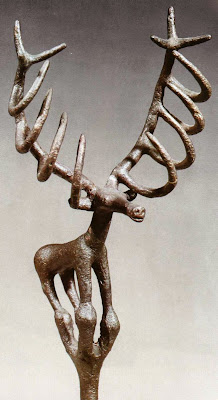 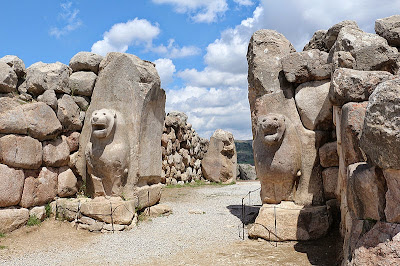 The Hittite imperial capital of Hattusas, near modern Boğazkale, Turkey. One interesting little fact about this city is that in about 1700 BCE it was destroyed by a certain King Anitta from Kussara, who set up a stela bearing this curse:


Whatever king after me tries to resettle Hattusas, let the Stormgod of the Sky strike him!

But this had no more effect than the salt the Romans are supposed to have sown at Carthage; within a generation Hattusas was again a thriving town, and by 1500 it was the greatest city in the region. (That the ruler of their pantheon was a thunder god was a trait the Hittites shares with other Indo-Europeans, like the Greeks, but again how much of their religion came from the steppes and how much was adopted from other Near Eastern people is confusing and much disputed.)

Famous relief showing the twelve gods of the underworld at nearby Yazılıkaya. Love the hats. 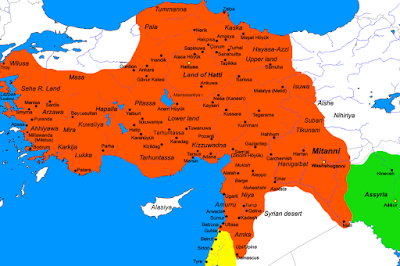 Map of the Hittite Empire at its height. 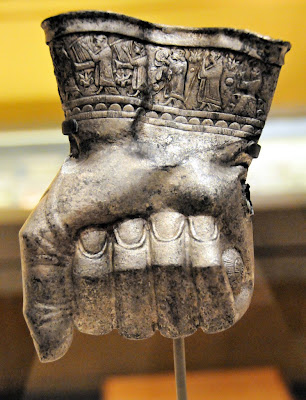 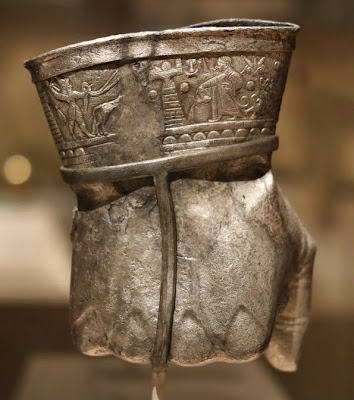 Silver cup in the shape of a fist, Imperial Period, now in the MFA, Boston. 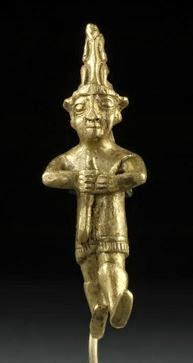 Figurine from Yazgot, Turkey, now in the Louvre. 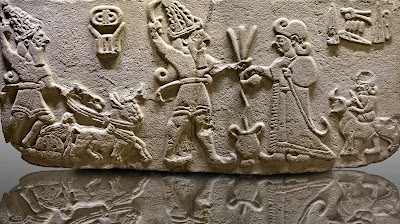 Relief showing a king pouring libations at the feet of a god, Imperial Period. 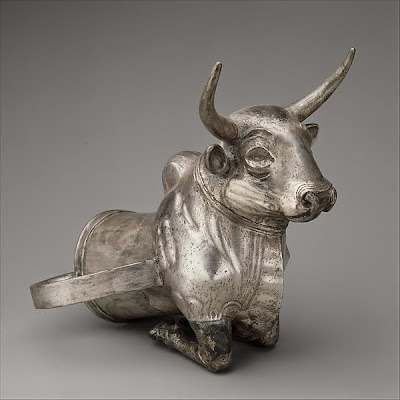 Vessel in the shape of a bull, Imperial Period. 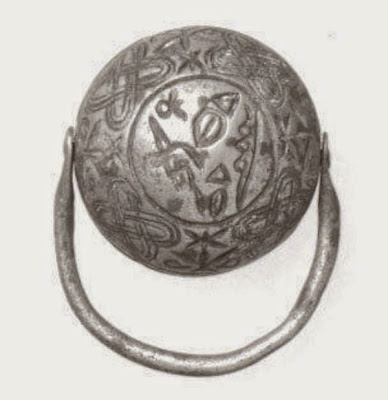 Small figure of a priest or king, Imperial Period. 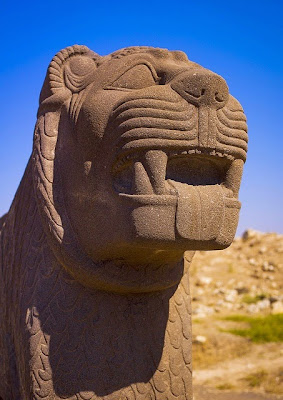 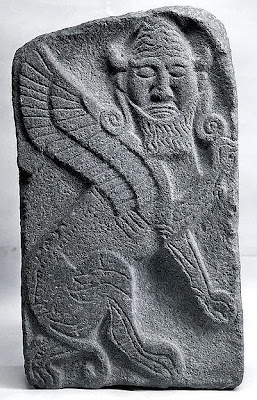 Although the great Hittite state had disappeared by 1160 BCE, there remained in northern Syria several small states claiming to be the empire's heirs, for example at Carchemish. These states, which endured down to about 700 BCE, are the Hittites who figure in the Old Testament; scholars call them Neo-Hittites. They were generally vassals of the Assyrian Empire, and as you can see their art was very heavily influenced by Assyrian styles. This stuff strikes me as inferior to the Assyrian originals, and I prefer the older Hittite works. 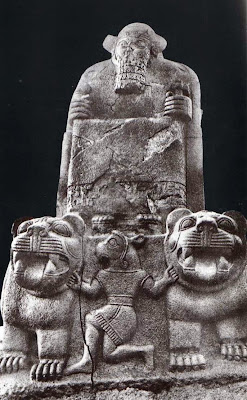 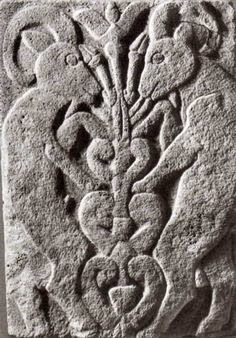