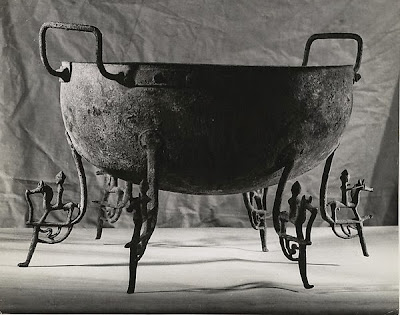 The Etruscans lived in the part of Italy that we still call Tuscany, from Rome northward along the west coast and inland to the mountains. They emerged around 800 BCE, joined the Roman state in the 3rd century and had largely lost their distinctiveness by 100 BCE. Their civilization was centered in about a dozen towns, some of them on top of high hills. By the time they entered into recorded history those towns had formed a league that annually elected a single leader to represent their interests, although we have little idea what powers he held and what remained with the towns. (Bronze cauldron, 7th century BCE) 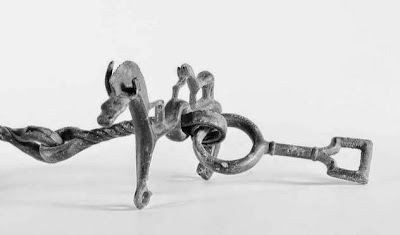 Etruscan civilization was always much entwined with the Greek. They used the Greek alphabet, worshiped some of the same gods, and the stories of Troy figure prominently in their art. Their art is divided by scholars according to the same scheme used for Greek art: geometric, archaic, classical, and finally Hellenistic. We have many surviving examples of their art because they had a habit of burying anyone of prominence in a lavishly appointed tomb; in fact much of our best Greek metalwork and pottery also comes from Etruscan tombs. For 300 years now, looting those tombs has been a successful industry in Italy; quite likely every object displayed here was removed from a tomb. (Horse bit, detail 7th century BCE) 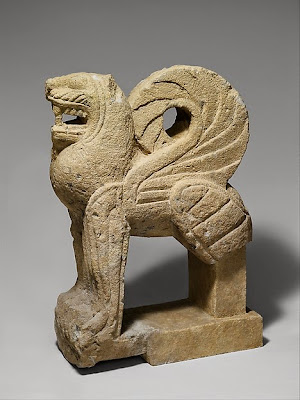 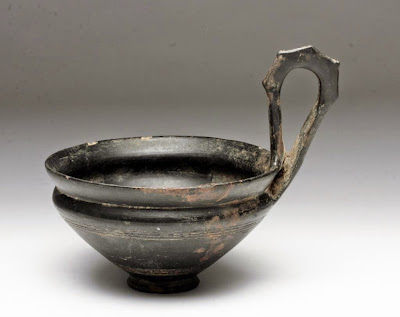 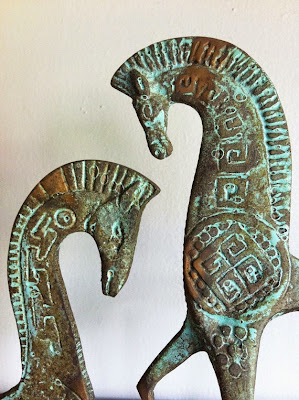 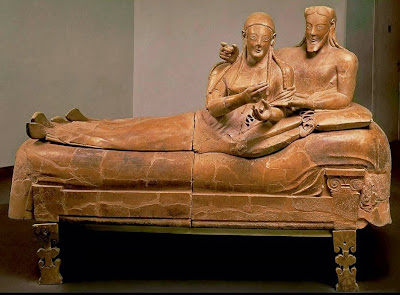 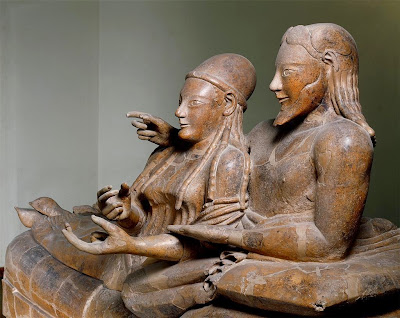 The Etruscans seem to have been very fond of marriage, and several examples survive of sarcophagi that show husbands and wives reclining together. This is a famous example from Cerveti, c. 520 BCE, now in Rome. 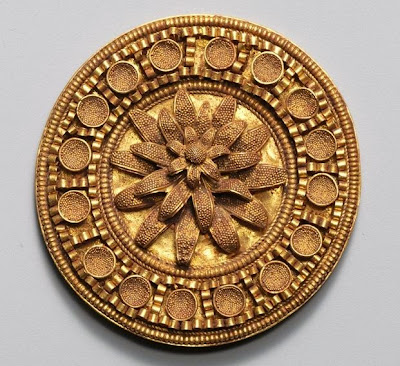 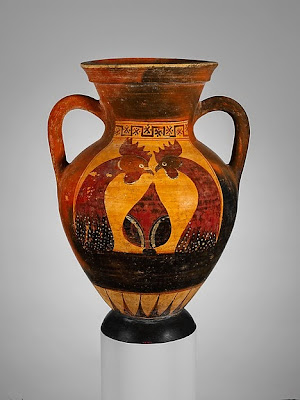 Jar, 540-530 BCE. Etruscan pottery was very much influenced by the Greeks, but it retained its own flavor. 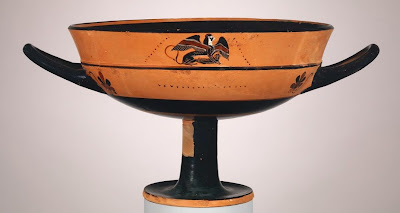 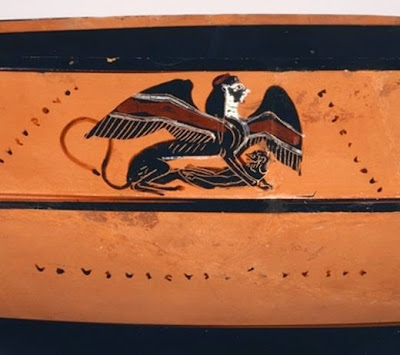 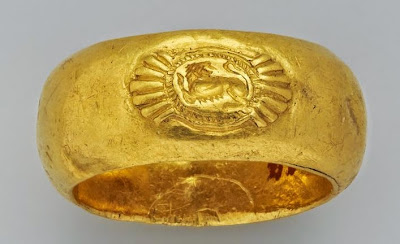 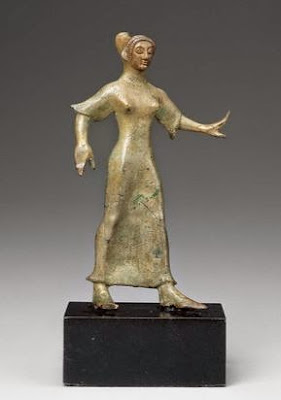 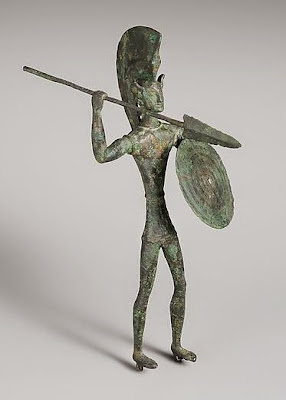 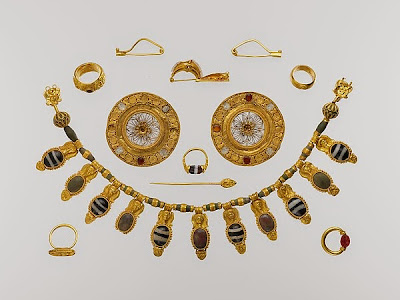 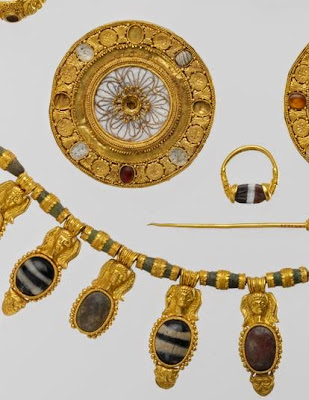 Jewelry from a tomb at Vulci, 5th century BCE. 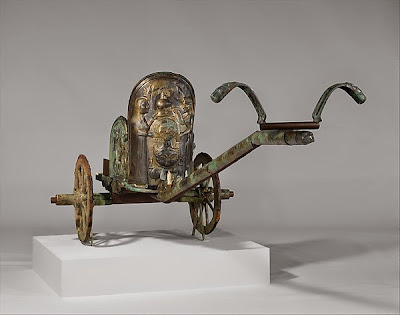 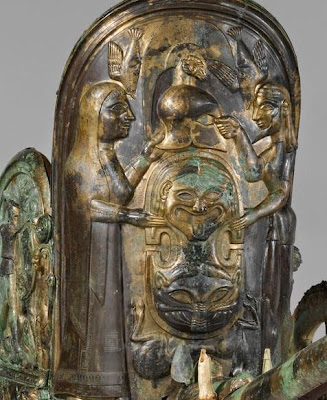 And perhaps the most spectacular example of early Etruscan Art, the bronze chariot now in the Met, c. 575-550 BCE. Such wonderful things -- almost makes me wish I were an Italian tomb robber. Later Etruscan art is here.
Posted by John at 7:34 AM