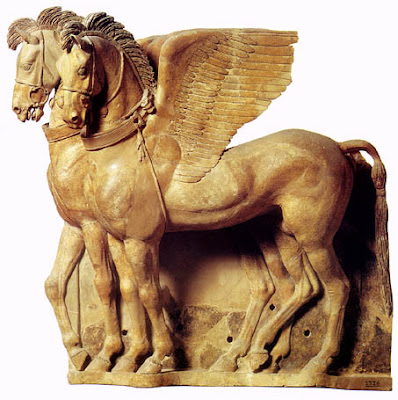 In the classical period Etruscan art gradually merged with the broader tradition of the Greco-Roman world. After the Etruscan towns were absorbed by the growing Roman state in the 3rd century BCE, their art became only a local variant of Mediterranean styles. But much beautiful art was made in Etruria, so let us celebrate it. These are the famous winged horses of Tarquinia, a masterpiece of terracotta sculpture, c. 350 BCE.

The Etruscan and especially the people of Vulci were master metal workers, and their bronze cauldrons, mirrors and other objects were much sought after in Iberia, Gaul, and elsewhere. This is the handle from a bronze strainer, 5th century BCE.

Many frescoes painted in tombs survive from later Etruscan times; this is a particularly famous one showing a funeral dance. 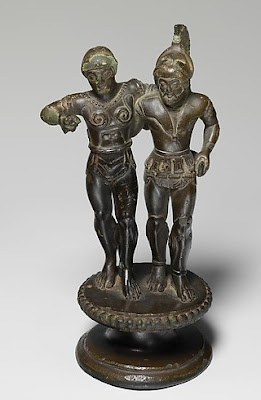 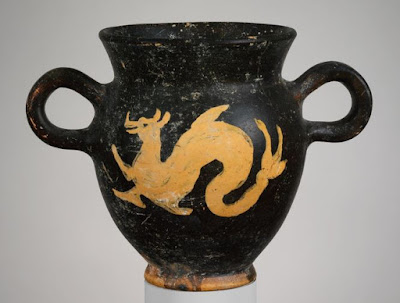 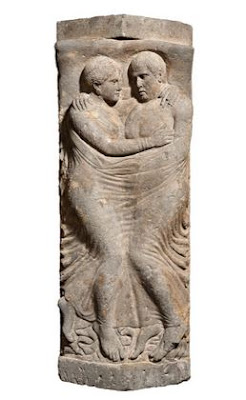 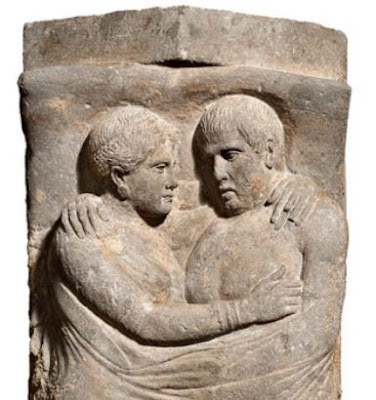 The Etruscans kept up their artistic celebration of marriage; here is a Hellenistic version of the his-and-hers sarcophagus. 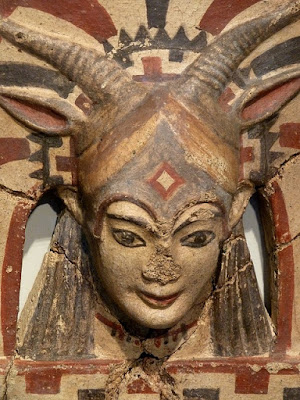 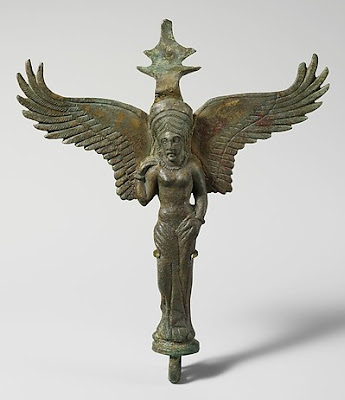 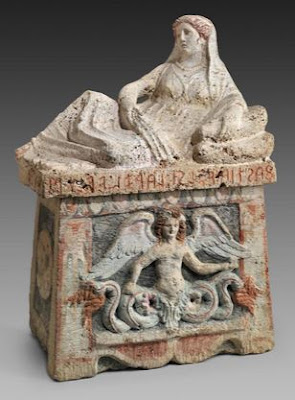 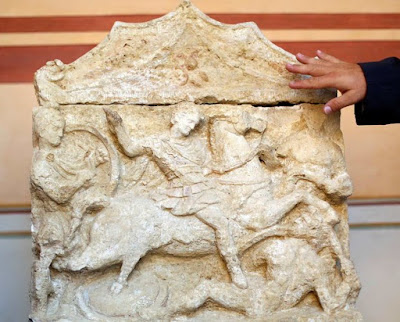 These small urns for ashes were a major art form, and there are hundreds in museums around the world. 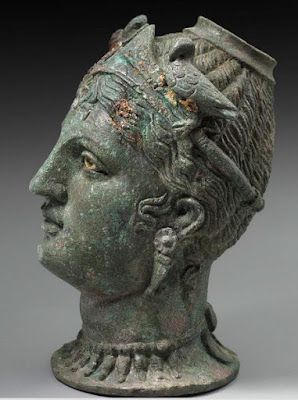 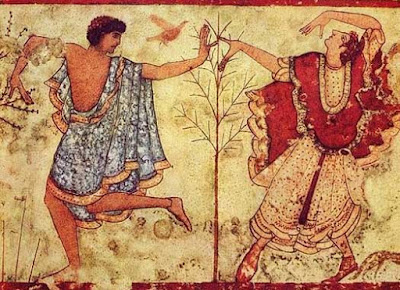 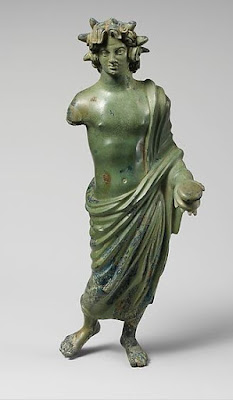 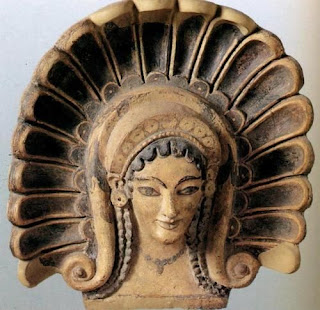 Terracotta antefix or roofing tile.My post on older Etruscan art is here.
Posted by John at 7:09 AM