The Tomb of Lady Mei 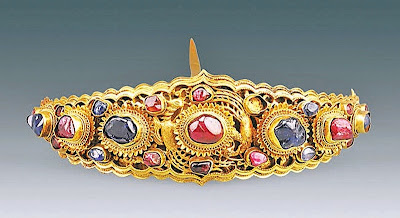 Chinese archaeologists have excavated a lavish tomb in Nanjing that belonged to a court lady of the Ming Dynasty. Elaborate epitaphs carved into the tomb tell the story of  Lady Mei, who arrived at court as the concubine of a powerful Duke. As his third wife, she would have been little more than a servant, but she outlived her rivals and it was her son who became the new Duke when the old one died. She then served as her son's mentor and political adviser:


"She raised the third-generation duke. She managed the family with strong discipline and diligence, and kept the internal domestic affairs in great order, and no one had any complaint," the epitaphs read. Lady Mei "urged him to study hard mornings and evenings, and taught him loyalty and filial devotion, as well as services of duty."

At her death she was mourned in the court:


Lady Mei died at age 45 in the year 1474. The epitaphs say that she passed away of illness in southern Yunnan and was brought to Nanjing for burial. "On the day of her death, the people of Yunnan, military servicemen or civilians, old and young, all mourned and grieved for her as if their own parents had passed away," the epitaphs read. "When the obituary reached the imperial court, the emperor sent out officials and ordered them to consecrate and prepare for the funeral and burial."

The epitaphs praise her role in nurturing the young duke and preparing him for the responsibilities of ruling Yunnan. "Using her love and her hard work, she raised and educated the child, and brought him up to be a man of ability and good moral character …" the epitaphs read.

"Why did heaven bestow all the virtues upon her, while being so ungenerous as not to give her more years to live?" the epitaphs ask. "Although the will of heaven is remote and profound, it needs to be spread among millions of people." 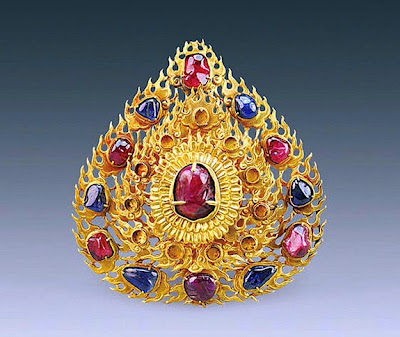 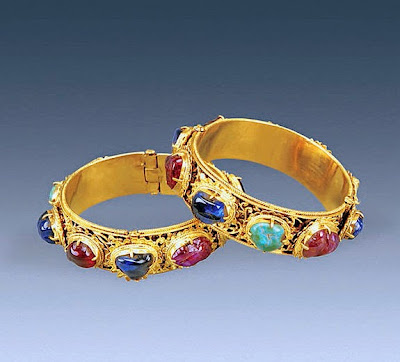 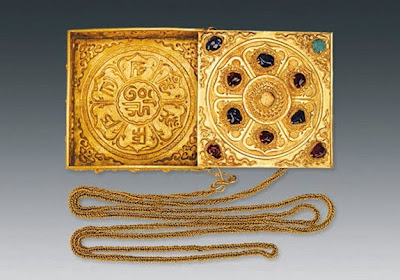 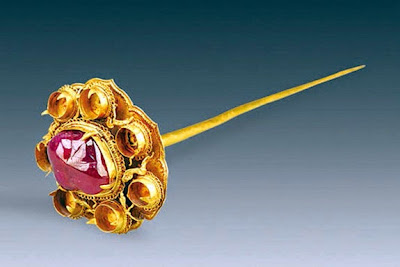