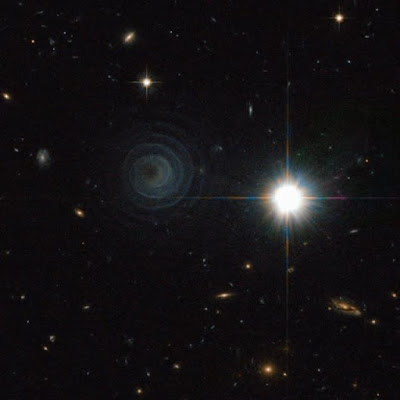 Two images of nebula LL Pegasi, in visual light by Hubble and in radio waves by ALMA (below), which brings out the spiral structure:


Although it looks like the pattern of a shell on the beach, this intriguing spiral is in fact astronomical in nature. The Atacama Large Millimeter/submillimeter Array (ALMA) captured this remarkable image of a binary star system, where two stars — LL Pegasi and its companion — are locked in a stellar waltz, orbiting around their common centre of gravity. The old star LL Pegasi is continuously losing gaseous material as it evolves into a planetary nebula, and the distinct spiral shape is the imprint made by the stars orbiting in this gas. 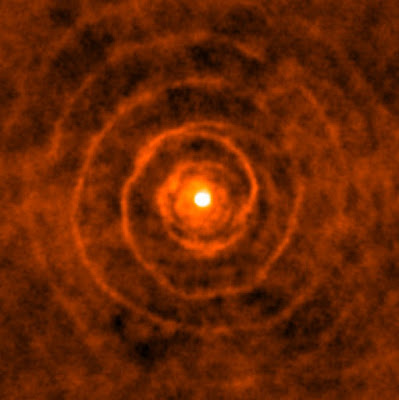