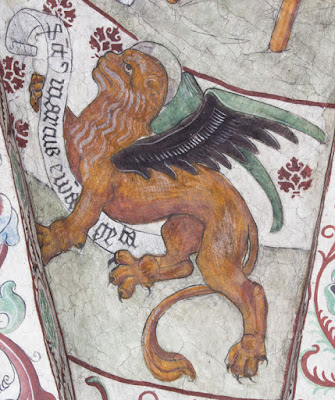 Albertus Pictor is what art historians call a painter of church walls and ceilings who was active in central Sweden between about 1460 and 1509. There are many pictures of his work online because of a big 500th anniversary retrospective staged in Sweden in 2009. 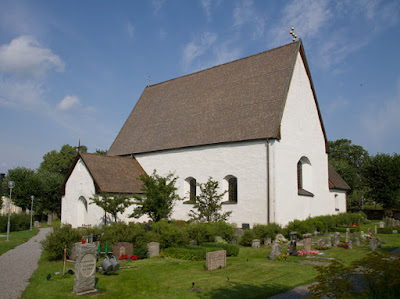 These were not big cathedrals, but ordinary parish churches in an ordinary, agricultural region. This post focuses on one of those churches, in the village of Taby. 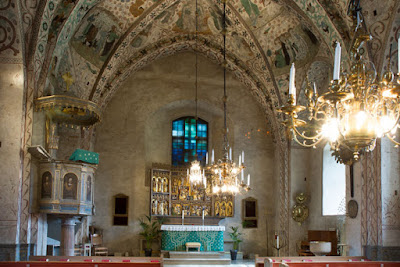 Overall view of the altar. 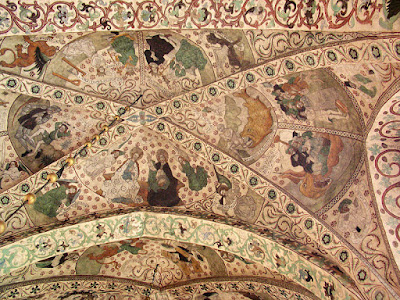 The ceiling. I like these paintings, but what I love about this is the ordinariness of it. These paintings were done by an obscure man and a crew of even more obscure assistants, for the pleasure and edification of perfectly ordinary medieval people. This is what they saw in church; these are the stories they knew; this is how they imagined the Biblical world. 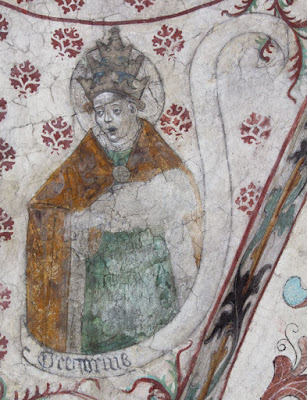 Albert is mentioned in a handful of contemporary contracts and accounts as "Albrekt målare" (Albert the painter) or "Albrekt pärlstickare" (Albert the pearl-stitcher), because he apparently did fancy embroidery as well. He left several signatures in the churches he painted, usually "Albertus Pictor" but occasionally "Albertus Ymmenhusen", which is why some people think he came from Immenhausen in Hesse, Germany. 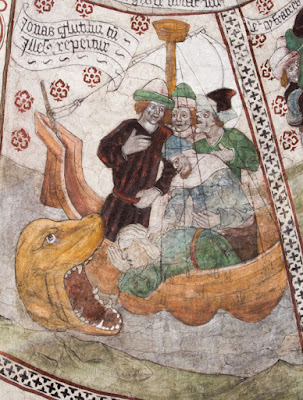 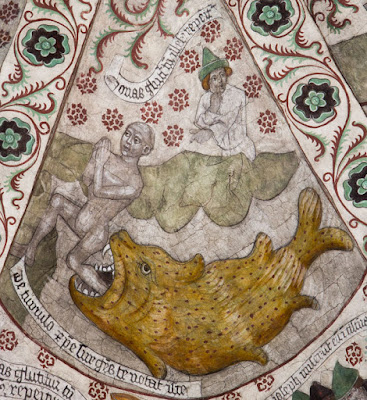 Two views of Jonas and the whale, going in and coming out. 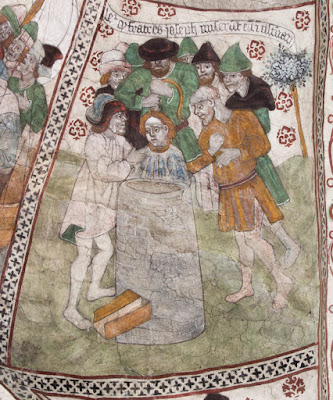 Joseph cast into the well. 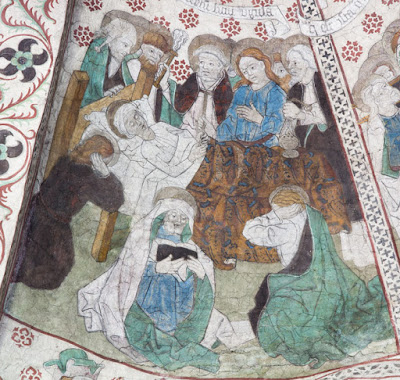 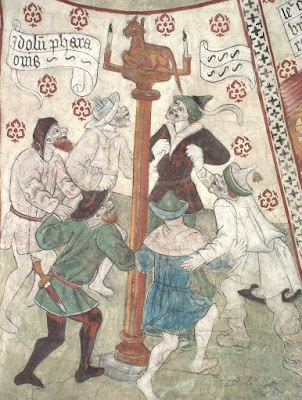 Dancing around the Golden Calf. 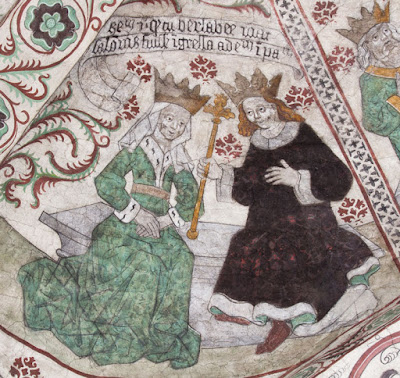 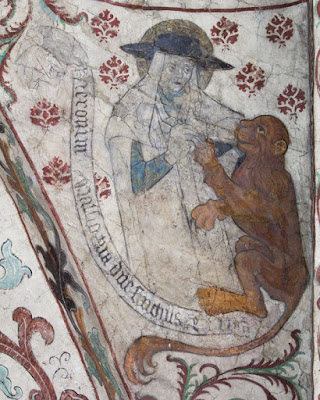 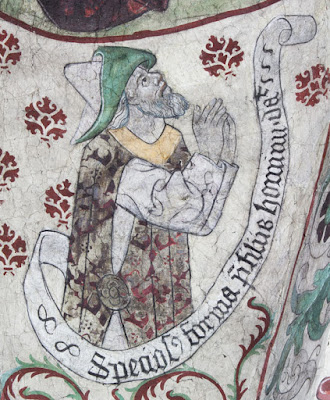 Prophets. Many of these photos come from this wonderful Swedish site, which I think was tied to the 500th anniversary celebration.
Posted by John at 8:55 AM