Oliver Sacks Wrote Himself through Life 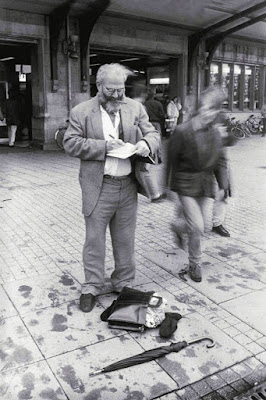 Psychologist and writer Oliver Sacks wrote all the time. He was constantly pausing to jot something down, record an observation, make a note to himself, as he is above in a photo taken in the Amsterdam train station. 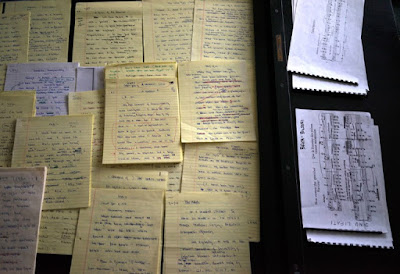 
Using whatever paper and writing instrument he had on hand, Dr. Sacks jotted down ideas as they occurred to him — unedited, un-self-censored flights of fancy, captured before they flew away and later domesticated into the thoughtful, exquisitely structured, immensely insightful formal writings for which he is so beloved. 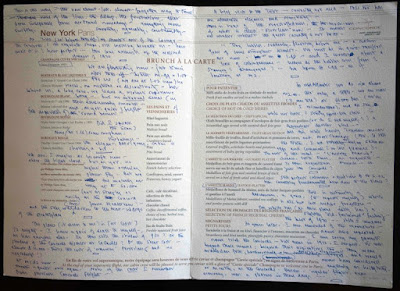 On a plain piece of legal paper, he ponders the mysteries of consciousness. In a lengthy diary entry snaking around the cartoon airplanes on an airline menu, he records with childlike wonder the thrill of being allowed to go inside the cockpit and marvels at the “hundreds! thousands of dials” inside the “tiny cabin.” On the inside of a folder, he contemplates what it means to be alive. On hotel stationery, he contrasts fancy and imagination. On two loose leaves stapled, he distinguishes between the two modes of creativity. 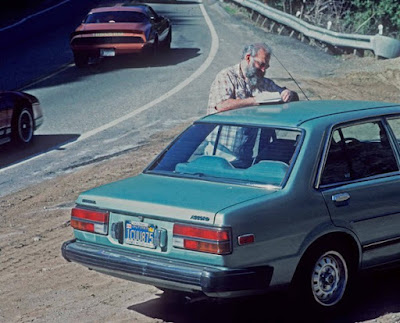 Now that we know more about him, from his own memoirs and the researchers of others, we can see that Sacks' amazing writing flowed from his painful obsessions. He wrote compulsively, partly as a way of bringing order to his world and keeping his demons in check.
Posted by John at 7:53 AM

I read and very much enjoyed many of Sacks' books. His insights and his constant inquiry I found fascinating.