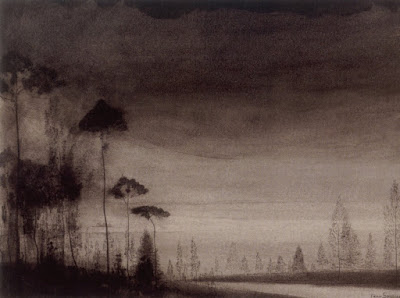 Léon Spilliaert (1881-1946) was a Belgian graphic artist. He was born into a middle class family in the seaside town of Ostend, and he lived there for much of his life. Many of his works depict Ostend and the surrounding countryside. 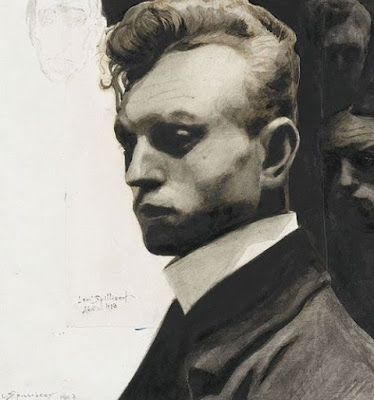 Spilliaert never attended art school. As a child he was a compulsive doodler and he just progressed from there to drawing, mainly sketches of the world around him in Ostend. He was a "sickly and reclusive" youth who often skipped school to wander off and draw. Among Spillaert's most famous works are a whole series of self portraits; this one from 1903 is in the Musée d'Orsay. 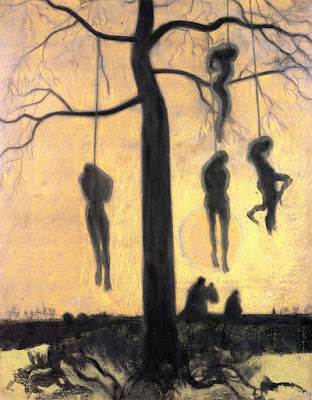 Spilliaert's early professional work was dark, with lots of corpses and skulls and many scenes of lonely people walking around at night. He was influenced by Odilon Redilon and other twisted artists of the fin de siecle period. The Hanged, 1912. 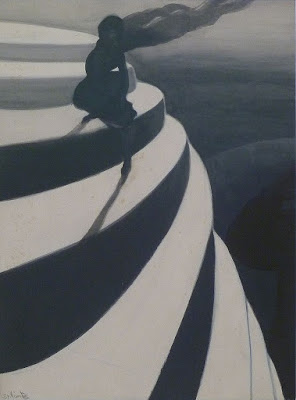 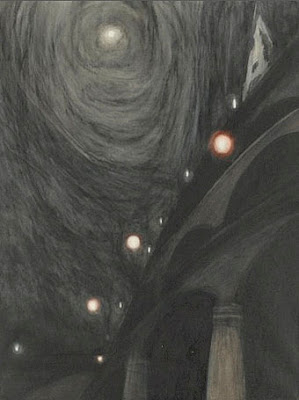 Spillaert is said to have had insomnia, but I am not sure if that is based on firsthand information or just a post-hoc explanation of why he painted so many nighttime scenes. Lamplight and Moonlight, 1909. 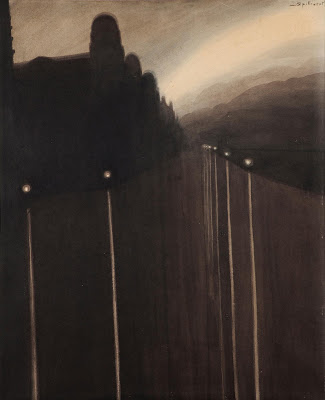 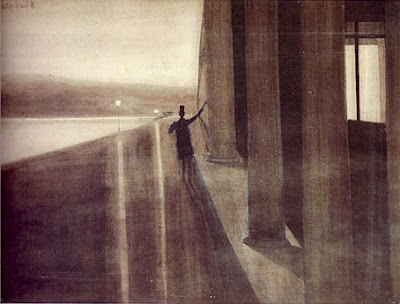 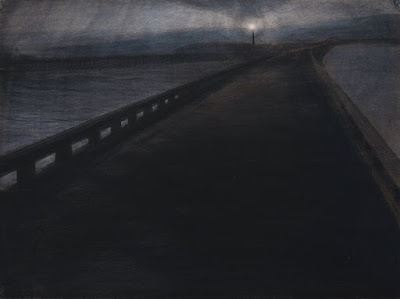 And one more lonely nighttime scene. 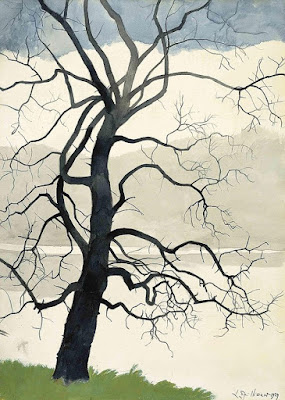 Later in his career Spilliaert's style change. He stopped with the loneliness and the monsters and the corpses and began to do landscapes, seascapes, and these wonderful renderings of trees. 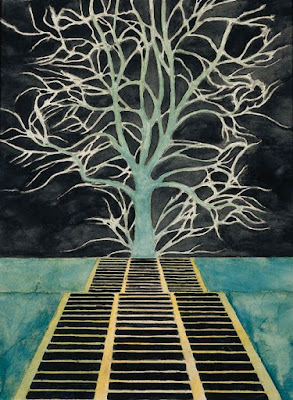 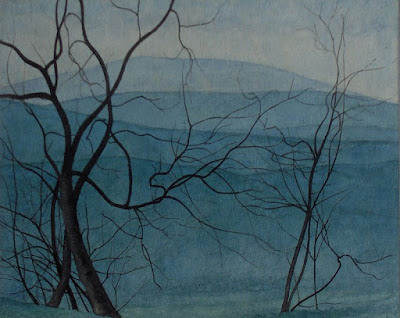 I like these a lot, but most contemporary fans of Spillaert consider them much inferior to his earlier work. The Musée d'Orsay. attributes the change to maturity in a general sense, but two bloggers I have read specifically blame it on his marriage:


It is very interesting to examine what happens to his painting when, later on in his life, he marries and settles down. The inner turmoil and dark beauty of his earlier work give way to a period of "normality" exemplified in his later paintings in the somehow bland and frankly considerably less interesting depiction of trees from parks in Brussels. He has turned the page, switched on the light and moved away from the dangerous tightrope balancing act over the abysss to the tree trunk stability of a family life routine. Art can only be fueled by what is real. For Spilliaert, the choice of a normal family life brought calm, satisfaction and fullfilment as a person but as an artist the price to be paid was indeed very high.

Tormented creator of immortal art, or contented normality? Hard choices. But if this is right, Spillaert got to experience both, and that seems like a good life to me. 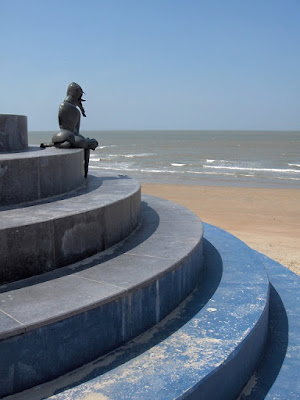 Monument to Spillaert in his home town, based on Vertigo.
Posted by John at 5:57 PM