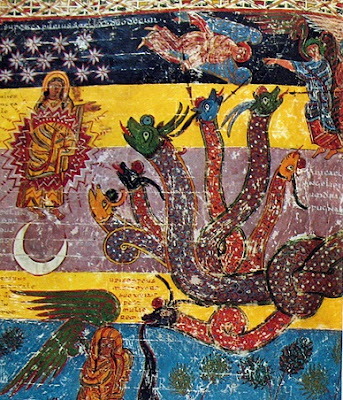 The Morgan Beatus, also called the Las Huelgas Apocalypse, is a 10th-century illuminated manuscript signed by an artist who called himself Magius. The text is one beloved of an extreme sort of medieval artist, the Commentary on the Book of the Apocalypse by the eighth-century Spanish monk Beatus. It probably comes from Spain, the earliest surviving example of a whole series of amazing apocalyptic manuscripts from Iberia. 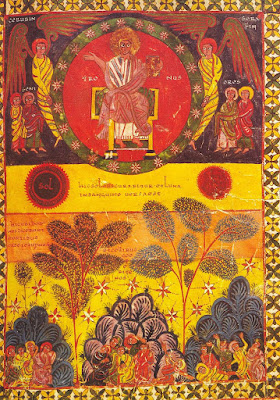 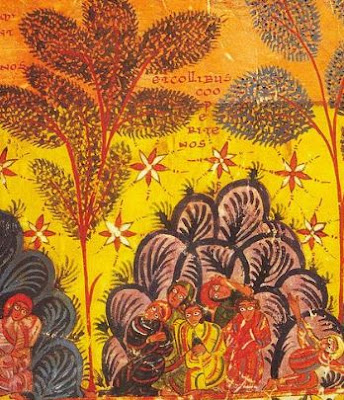 The opening of the Sixth Seal:


And I beheld when he had opened the sixth seal, and, lo, there was a great earthquake; and the sun became black as sackcloth of hair, and the moon became as blood. 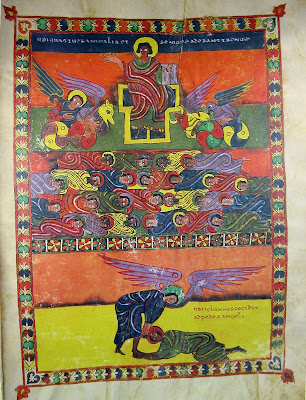 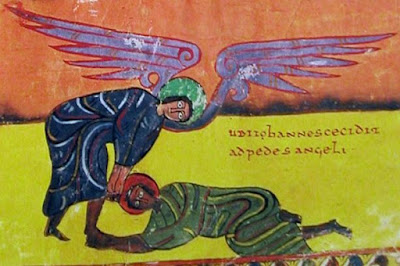 The beasts of the four evangelists. 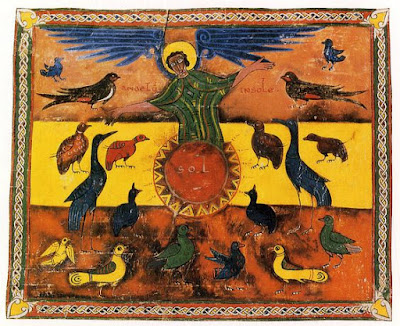 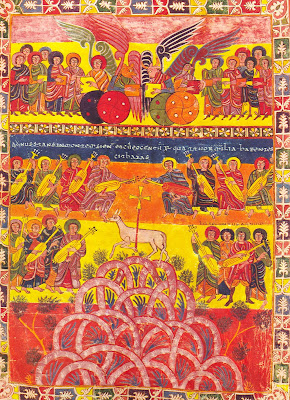 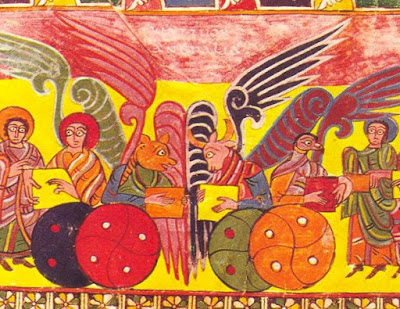 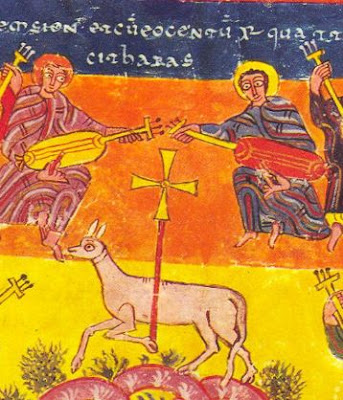 The Lamb's Companions, which pleases me to an absurd degree because this illustration had no title and I figured it out by reading and translating that text:


And I looked, and, lo, a Lamb stood on Mount Sion, and with him an hundred forty and four thousand, having his Father's name written in their foreheads.

Actually it says "and with him an hundred forty and four thousand with harps," which elides the line above with the next one: 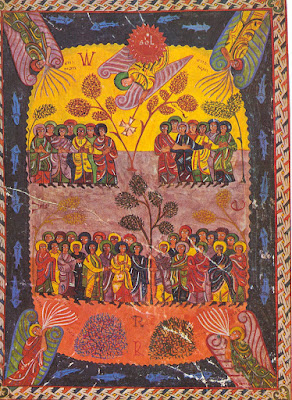 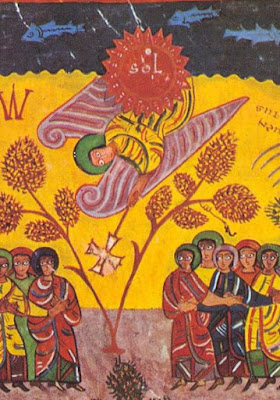 The Angels of the Four Winds. 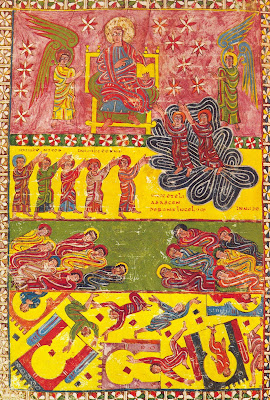 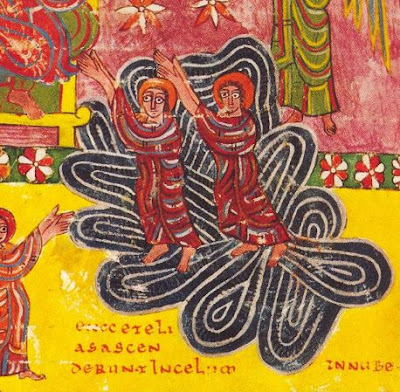 The Ascension of the Two Witnesses. If you've never read the Apocalypse of John I recommend taking a look at it. It's not very long and you will see where a long list of famous Christian tropes came from, like the Four Horsemen and the Seven Seals and the 144,000 Righteous. But do not, repeat, DO NOT try to figure out what it means. For that way lies madness. Just skim and think of it as strange poetry. 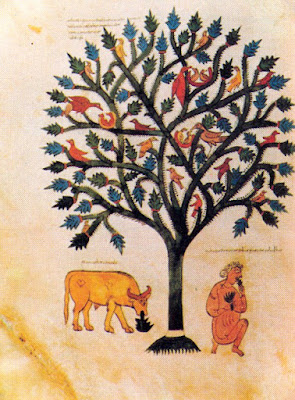 From the Latin "cithara" we derive both the German "zither" and our own "guitar", which the illustration clearly shows pre-modern versions of.

As for everything, I've always found Christian Apocalypse materials to be some of the most bizarre and personally off-putting pieces of art and culture.

*as for everything else