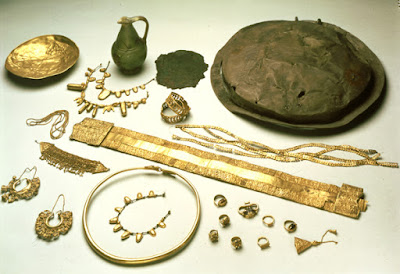 The Aliseda Treasure is a collection of precious object found in 1920 near the village of Aliseda in central Spain. It was discovered by two peasants who tried to sell the pieces secretly, but they were found out and arrested and the treasure was seized by the state. The finders never gave up the details of the discovery, and to this day archaeologists dispute whether this was a buried treasure trove or the contents of one or two royal burials. All of the objects are now in the national archaeological museum in Madrid. 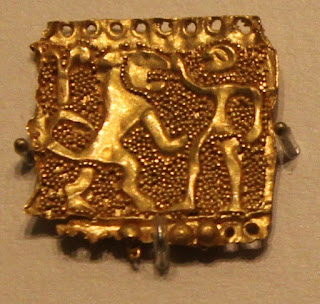 The treasure contains several pieces that were either made in Phoenicia or copied from Phoenician work, which allows it to be dated to between 650 and 550 BCE. 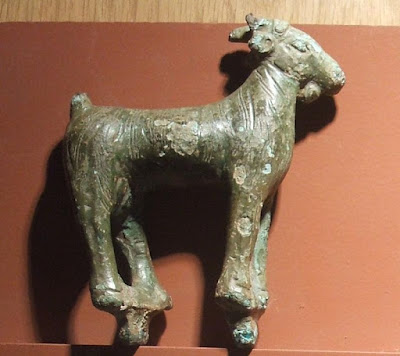 This was not, however, in Phoenician territory, but part of the inland kingdom of Tartessos. At least the aristocratic elite of Tartessos was very much under Phoenician influence and it is hard to tell their finery from the Phoenician version; for the peasants, it seems, life went on very much as it had in the Bronze Age. 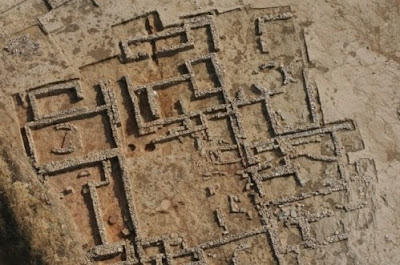 The closest significant site of that period is La Ayuela, which was recently excavated as part of an effort to understand the "socioterritorial context" of the find. The project web site doesn't say what this is, but it looks like it might be a small palace. 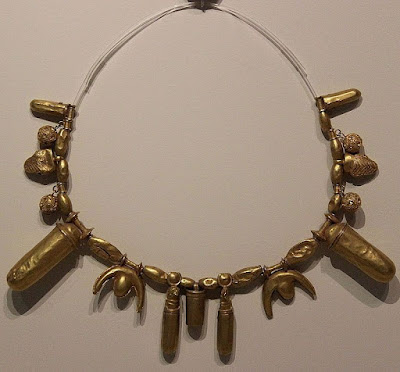 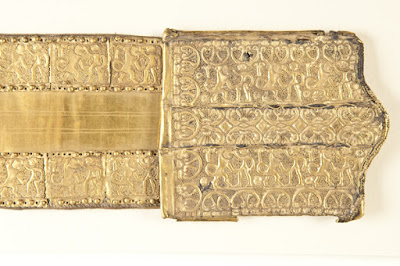 Detail of the most spectacular item, the gold belt. 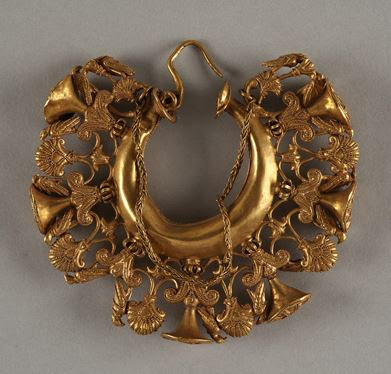 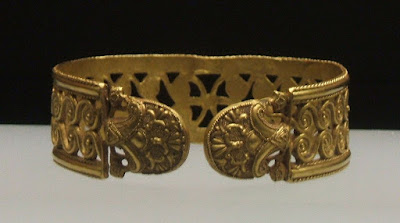 "Gold diadem of the Iberian type," or so the sources all say. 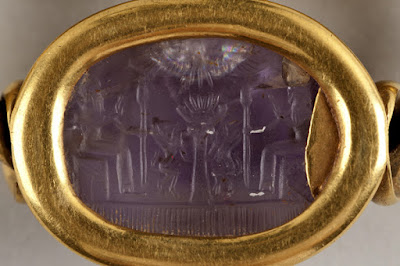 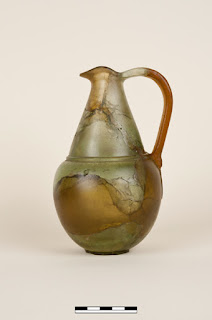 And a glass pitcher. This treasure is another reminder of the strong connections between the Middle East and Western Europe in the Iron Age.
Posted by John at 7:38 AM