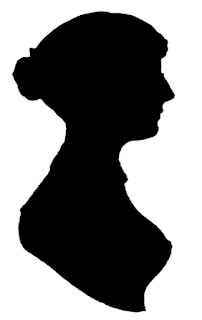 A certain sort of literature professor – mostly women, mostly American – can't resist claiming Jane Austen for feminism and progressive politics. I've never been able to see it, and neither have lots of others. Edward Said, to name just one, accused Austen of defending colonialism and slavery. Certainly during her lifetime nobody noticed that Austen had any politics different from the moderate Toryism of her family. But for some people, Austen was a great radical and her novels are brilliant critiques of her patriarchal world.

I was moved to write about this by the coincidence of two articles. The first was a short piece noting that some Janeites reacted with horror to an article claiming that Austen has many fans on the alt-right:


But it has prompted the most sustained chatter among Austen scholars, a more reliably liberal bunch who emphatically reject white nationalist readings of her novels.

“No one who reads Jane Austen’s words with any attention and reflection can possibly be alt-right,” Elaine Bander, a retired professor and a former officer of the Jane Austen Society of North America, said in an email.

“All the Janeites I know,” she added, “are rational, compassionate, liberal-minded people.”

Got that? If you even once read Jane Austen with attention, it is "impossible" for you be an alt-right troll.

Second is a TLS review by Devoney Looser that covers half a dozen books by or about Austen (Jan. 20). These run the gamut from the silly to the scholarly, but all agree that if you "read between the lines" Austen's books "are as revolutionary, at their heart, as anything that Mary Wollstonecraft and Tom Paine wrote." Mansfield Park, one writes, "is about slavery." (And she didn't mean it the way Edward Said did.)

Even these writers admit that to see Austen's politics you have to "read between the lines" or "look properly." They admit Austen's "power to frustrate," that is, her refusal to baldly state the opinions they are sure she held. Austen's books feature mostly members of the upper class doing very predictable class-bound things: courting, getting married, having each other to tea. I have always found the books remarkable for all the things they ignore: not just the contentious politics of the time but also the equally contentious religious scene, the raging debates about science, medicine and history, the scandalous lives of Byron, Shelley, and other radicals, and so on. In fact, they ignore pretty much everything except the tribulations of upper class family life. If they are radical, it is in how Austen described these ordinary domestic scenes and acts. It does sometimes seem that Austen feels deeply the unfairness of life for women and the cramped worlds to which they were limited, as well as the excessive emphasis on money. But is that radical politics? Or is it an older sort of criticism, a moral attack on people who are selfish, greedy and mean? People who don't live up to the standards of their class?

According to one of these authors, the heroine of Mansfield Park offers "shrewd analyses of the power politics of domestic life." That, I would say, is true; Austen was one of the best writers ever on family dynamics. Since the families she wrote about were patriarchal, it follows that she was very attuned to how such families work and how power in them might be misused. But was that, as the same author wrote, "a radical critique of bourgeois patriarchy, its norms, and values of behavior"? I don't think so. I suppose the question is whether Austen's many insightful little critiques of bad people and bad families add up to a more fundamental critique of the whole system. I don't think they do. To me the attacks on particular people are based on a tacit understanding of how people ought to act, and the way they ought to act is perhaps kinder and fairer but still very much of that time and place and class. Consider the plot of Sense and Sensibility, which turns on the refusal of a weak man with a greedy wife to share his large inheritance with his genteel but impoverished cousins; nobody suggests that maybe he should give his whole fortune to the poor and go join the Greek or Haitian revolution.

And yet many smart people insist otherwise, and they publish book after book making the case for Austen's radicalism. I think they just love Austen's books, admire her shrewd insights into the limits on her heroines' lives, and assume that she must have understood these things the way they do. Or maybe some of them just care more about Jane Austen and progressive politics than anything else and want their two favorite causes to be somehow united. But Austen was not a modern feminist, and I don't think we can know her innermost thoughts. What we can see is that in her books she scrupulously avoided politics and anything else controversial; she gives us plenty of annoying parsons but not one who espouses Unitarianism. Perhaps we should accept that this was her own choice, not one forced on her by circumstance. Isn't it rather an insult to her to think that she buried her own deepest beliefs out of fear of scandal? After all she did not live in a quiet time, but in a revolutionary era when thousands of upper class people, including many women, threw themselves into radicalism of a hundred sorts.

Of course modern people are always projecting their own political concerns into the past. We used to have a whole school of ancient historians determined to see the conflict between Athens and Sparta as a preview of the Cold War: the contrast between the dynamic commercial democracy of Athens and the grim military aristocracy of Sparta was a perfect trap for their anachronistic political vision. Jane Austen's novels present a similarly perfect trap for modern feminists, especially those whose main slogan has been "the personal is the political." For these feminists the most important issues are found in the dynamics of families and the ways men and women relate to each other. I actually agree with this, and I would say that the most important achievement of modern feminism has been the creation of a new family ideal based on equality between husbands and wives. Since these are exactly the issues Austen wrote about so precisely, with such a clear and sometimes cold vision, it makes her books an irresistible target for feminist interpretation. Whether that would have made any sense to Austen is another question.
Posted by John at 8:27 AM