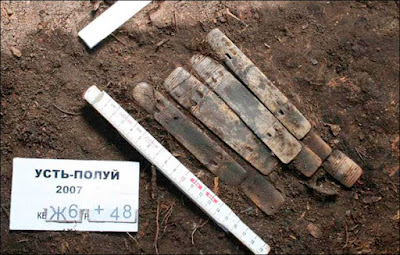 Work has continued at the Siberian archaeological site of Ust-Polui, which I wrote about before because of spectacular evidence of an ancient bear cult. Now the site is back in the news because of a new discovery: a suit of armor made from reindeer antlers. 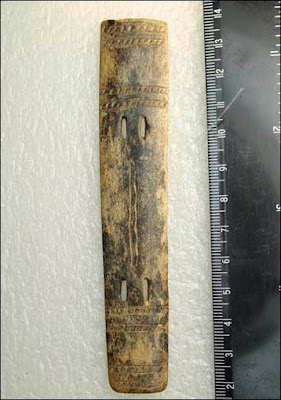 One of the antler plates that made up the suit. Each piece is unique, with a different decorative design. 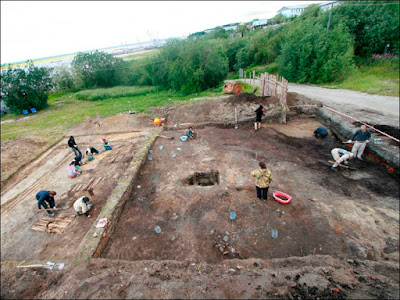 The site is north of the Arctic Circle and was occupied between 100 BCE and 100 CE. Russian archaeologists think the armor was buried as a ritual offering to the gods or spirits of the place. 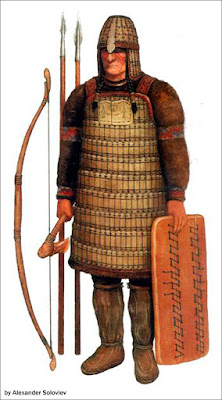 Reconstruction of the armor.
Posted by John at 2:16 PM

Lamellar armor is pretty labor intensive to make, and to have each individual lame itself uniquely decorated would be vastly more so. Clearly this was a luxury item even among the elite minority that could afford high quality armor, suggesting that the owner was one of singular importance and power.

It could very well be that the burial of the armor was religious - but then, most burials are religious, no? The question then becomes, was this armor the property of some deceased chieftain or other powerful leader, or was it created specifically and soley as an offering. Because the latter option would suggest an even greater degree of economic surplus available to the community.