The Watlington Hoard and Ceolwulf II of Mercia 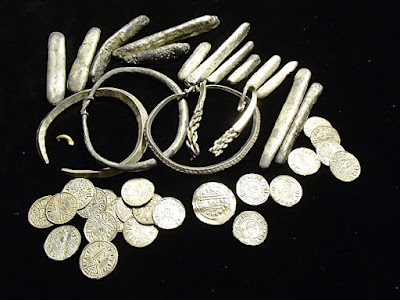 From the turmoil that was England in the late ninth century, Alfred the Great of Wessex emerged victorious. So it was his friends who wrote the history. They made him the brave defender of Wessex against the Vikings, at times standing almost alone against the invaders. But a hoard of Anglo-Saxon silver recently found by a metal detectorist near Watlington paints a different picture. 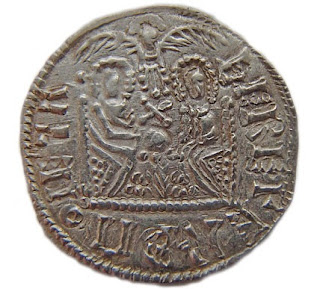 The hoard includes 186 coins, many of them issued jointly by Alfred and Ceolwulf II of Mercia. The joint coins come from more than one mint in each kingdom, so they were widely issued. Ceolwulf was killed by Vikings around 879. He later got a severe treatment in the Ango-Saxon Chronicle, which mentions him only once, under the year 874:


The same year they [Vikings] gave Ceolwulf, an unwise king's thane, the Mercian kingdom to hold; and he swore oaths to them, and gave hostages, that it should be ready for them on whatever day they would have it; and he would be ready with himself, and with all those that would remain with him, at the service of the army.

And that's it. But thanks to a hoard of silver buried by Viking plunderers, we now know there was more to the story. 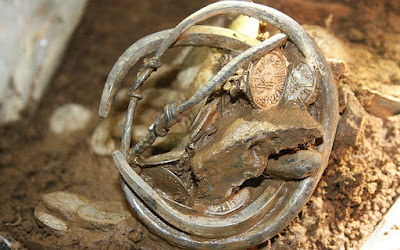