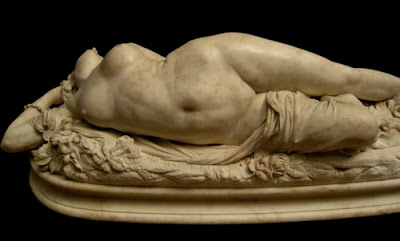 Auguste Clésinger (1814-1883) was a French sculptor, the son of another sculptor. He catapulted himself to fame in 1847 by scandalizing the Salon with the work above, Woman Slain by a Serpent. 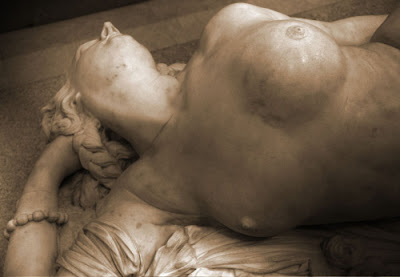 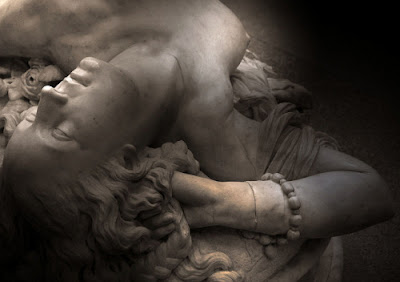 This was based on a life cast of Apollonine Sabatier, a famous beauty who was novelist Charles Baudelaire's mistress. 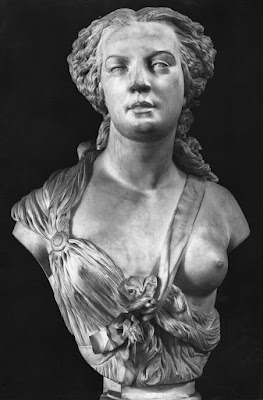 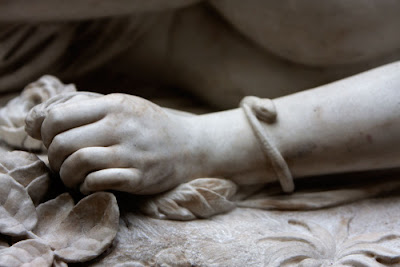 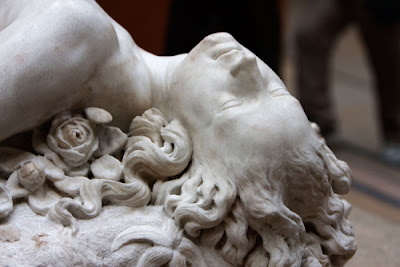 Woman slain by a serpent was pretty much the high point of Clésinger's career; certainly you see more pictures of it online than all the rest of his work put together. 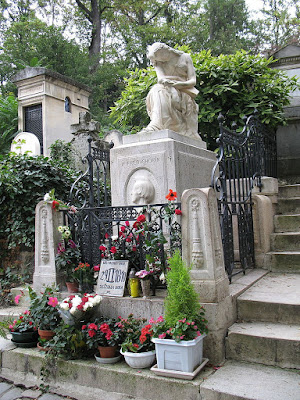 The one other really famous work Clésinger completed was Frederic Chopin's tomb. 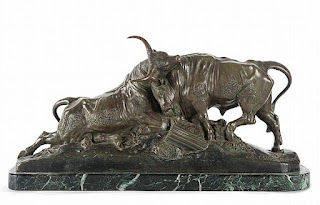 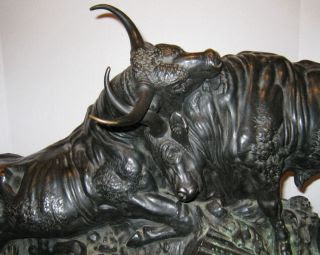 One reason you don't see much of Clésinger's other work is that a lot of it was a genre we might call animal combat art, which was big in the nineteenth century. European museums are full of bulls battling bulls, bulls battling lions, dogs bringing down stags, and so on. But we sensitive moderns don't care much for this stuff. 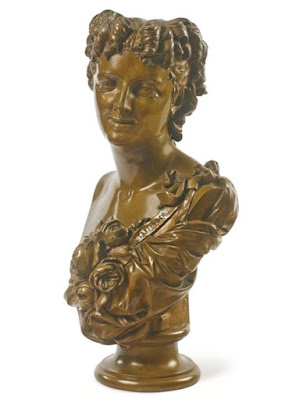 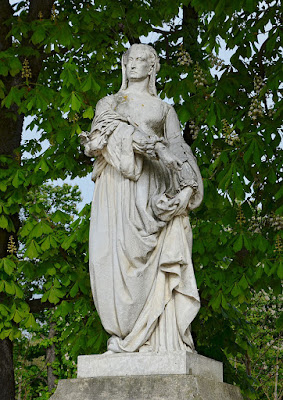 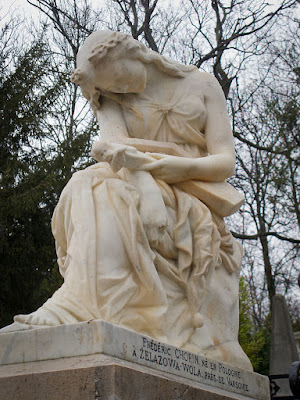 But based on what I have found he seems to have a fair amount of other nice pieces. But nothing else with the raw sensuous impact of his masterpiece.
Posted by John at 6:40 AM