Lewis Henry Morgan and the History of Beaver Dams 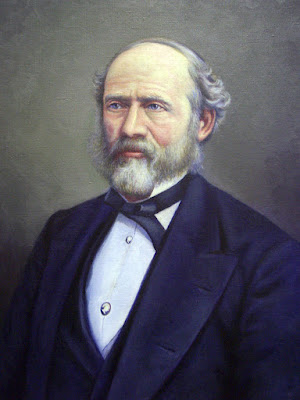 Lewis Henry Morgan (1818-1881) led one of those nineteenth-century lives that fill me with envy. He roamed North America when it was still full of unconquered Indians and vast tracts of wilderness no white man had ever seen, but he did so armed with a fully modern scientific curiosity and sense of justice. 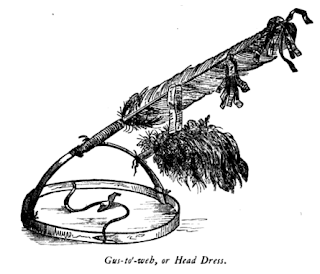 Morgan grew up in upstate New York and was always fascinated with the Iroquois. As a young man he and his friends formed a club called the New Iroquois Confederacy and created a rite, modeled on Masonic rites, that was supposed to make them spiritually Indians. Later Morgan became friends with many actual Indians, including Ely Parker. In 1838 to 1846 an outfit called the Ogden Land Company tried to defraud the Iroquois of their remaining New York lands. Morgan helped to organize opposition to the fraud, working his Masonic and family connections to stage mass meetings and pressure the legislature. Eventually, they were largely successful. Morgan was adopted into the Seneca under the name of Tayadaowuhkuh, "bridging the gap." Morgan mastered the Iroquois language and spent many hours talking to old men about their history and traditions. The result was a massive and still highly regarded work of ethnography,  League of the Ho-de-no-sau-nee or Iroquois (1851). (I have this on the shelf in my office.) To skip ahead, Morgan later made extensive ethnographic studies in the west, living with Kansas and Nebraska Indians on the plains and writing about their ways. He eventually formulated the theory that the first stage of human society must have been matriarchal, carried out archaeological research in the southwest, and ended up as president of the American Association for the Advancement of Science. Not only that, but he also served in the New York state Senate and while there became an early advocate for anti-monopoly laws. 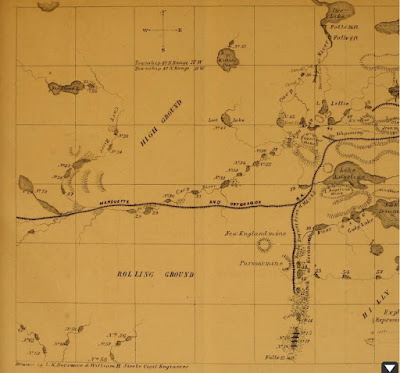 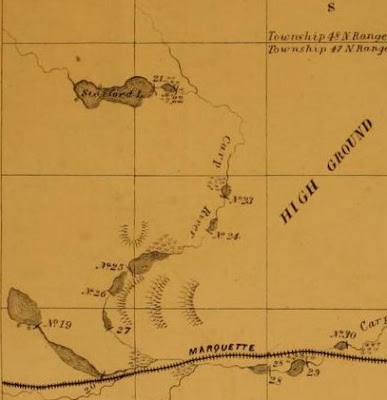 But in the 1850s Morgan had a growing white family to feed and needed to make a living. He joined a group of upstate businessmen who were investing in mining and railroads in the Upper Peninsula of Michigan. He became the attorney and later president of this group, and spent a lot of time in those wild lands helping to open mines and lay out railroads. He took up trout fishing, employing Ojibwe guides. As he explored Michigan's streams he became fascinated by beavers. He had his railroad surveyors make maps and plans of beaver dams and eventually published his research as The American Beaver and his Works (1868). 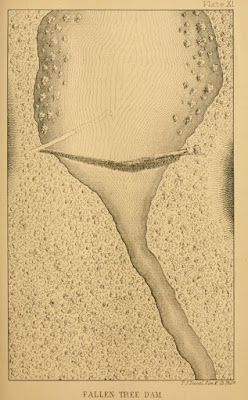 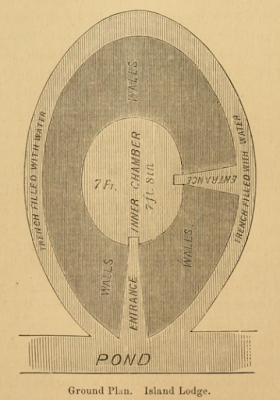 I spent a few minutes perusing this the other day and found it fascinating. Morgan had a boyish curiosity, and a whole team of men to help him indulge it. What's it like inside a beaver lodge? Let's take an old one apart and see! 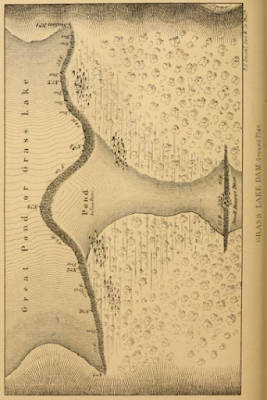 I love these plans -- just the thing that would have thrilled my youthful scientific curiosity. 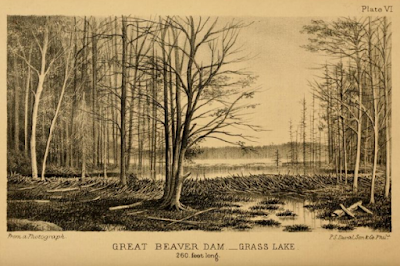 Some of these dams were huge; the one Morgan called the Great Dam was 260 feet long and just over 6 feet tall (80 by 1.9 meters). Such a construction would be beyond what a single beaver could create in its lifetime, so these are multi-generation endeavors. 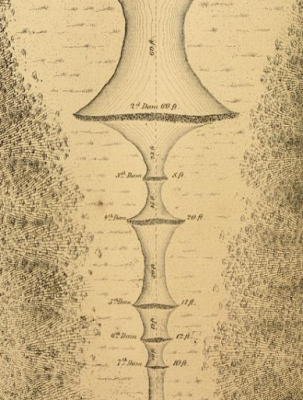 This all showed up in the science news this week because some biologists went back to the region where Morgan made his maps and discovered that some of the dams he mapped are still there, and still in use. So they last at least 150 years. 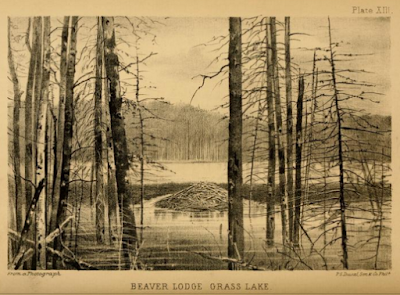 You might be thinking that this question could be answered more easily by radiocarbon dating, but no; beaver dams are made of wood and each branch must be replaced as it rots away. So in a 150-year-old dam, the oldest branch might be just 25 years old. But with Morgan's map, biologists are able to show continuity across the centuries. And thanks to that little news story I discovered a new side to the amazing career of Lewis Henry Morgan, and found much happiness with these drawings and plans.
Posted by John at 9:28 AM