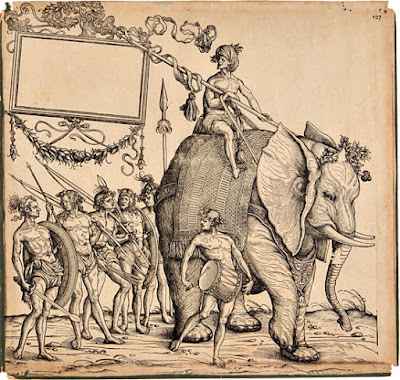 Hans Burgkmair (1473–1531) was an artist and printmaker from Augsburg. He did a huge amount of work and hundreds of his woodcuts survive, along with quite a few paintings.  Above is a scene from a procession staged for Burgkmair's most important patron, Emperor Maximilian I. 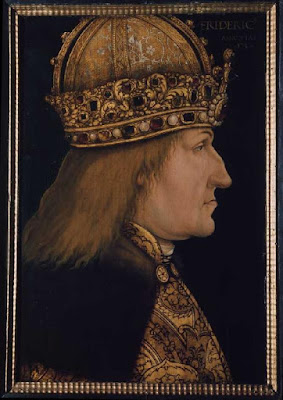 And a painting of the emperor himself. 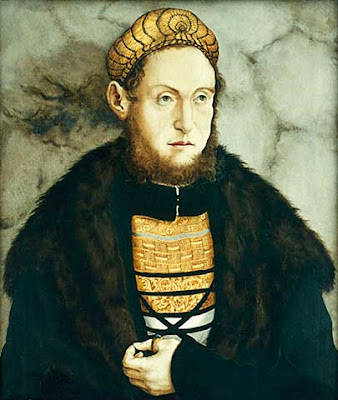 Portrait of a man who may or may not be Ulric Fugger of the famous banking dynasty. 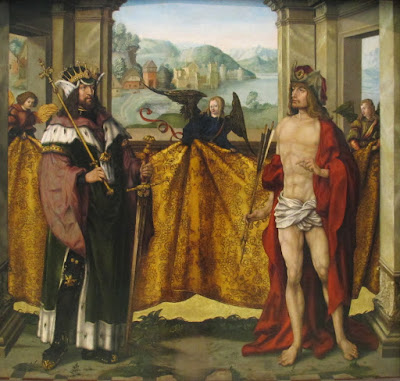 Center panel from the Altar of Sigismund and St. Sebastian, 1505. 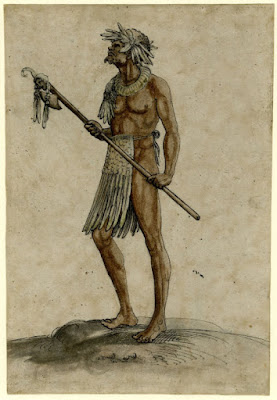 Famous rendering of a Brazilian native. 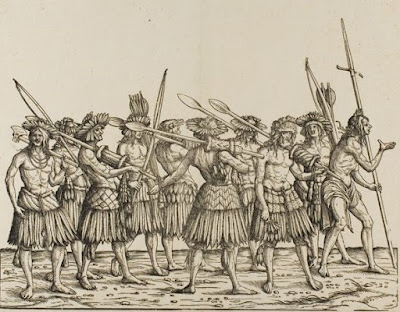 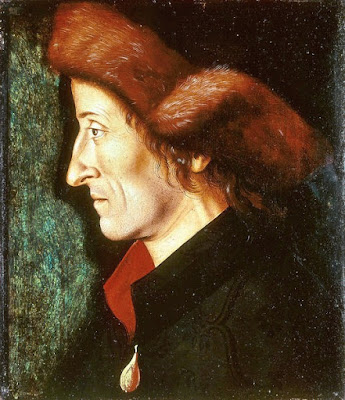 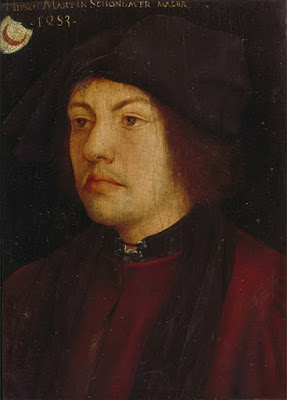 Renaissance copy of another Burgkmair painting, a portrait of Martin Schongauer. The original was lost in some war or another. 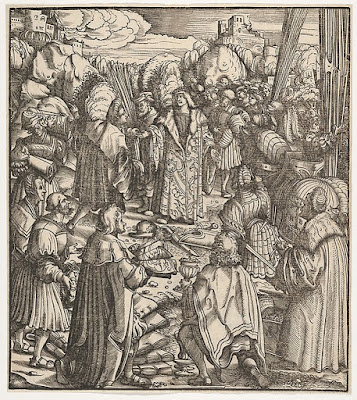 And a series of illustrations from Burgkmair's biggest project, The White King, which the Met describes like this:


Der Weisskunig (the white king) is a loosely biographical account of the life of Emperor Maximilian I. The text, composed by Maximilian's secretary Marx Treitz-Sauerwein, is accompanied by illustrations by Burgkmair, Leonhard Beck, Hans Schäufelein, and Hans Springinklee, with the proofs completed between 1514 and 1516. However, they remained unpublished until the blocks were rediscovered in 1775, at which point they were published as a book by Hoffstätter in Vienna. It includes 236 woodcut illustrations.

I have to say that I was surprised by the number of battles and sieges in this book that I never heard of. But then Maximilian hardly appears in English-language histories, except for his clever marriage to the heiress of Burgundy and as the bad guy in stories of the Swiss revolt. (Above, the young king surrounded by secretaries, commanders, and assorted other functionaries of the court. Imagine living like this, never alone, constantly attendant by a small horde of people.) 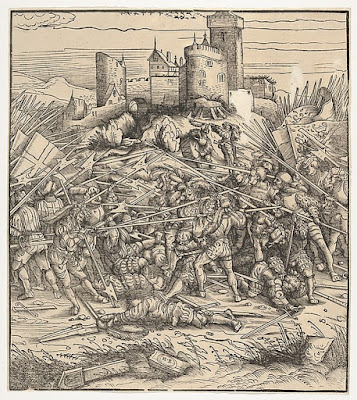 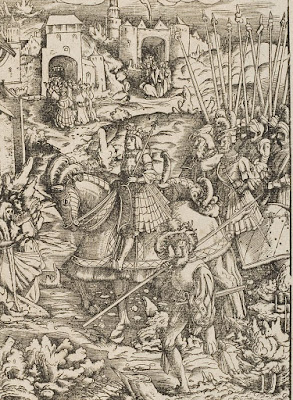 The king enters an Italian city. 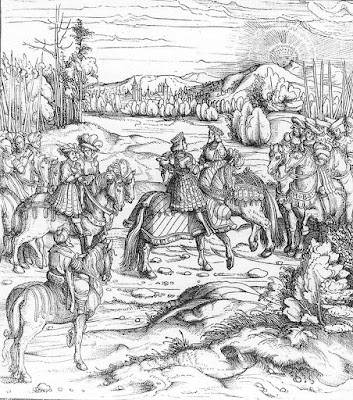 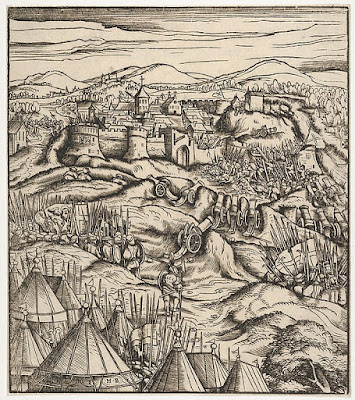 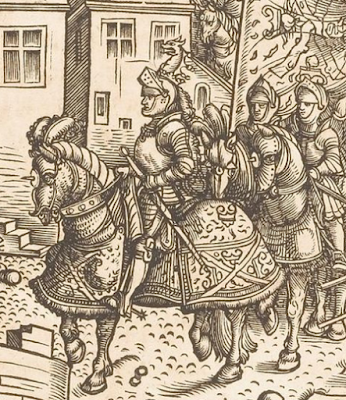 Detail showing Maximilian with a wonderful helmet.
Posted by John at 12:41 PM