At the Rodin Show in Richmond 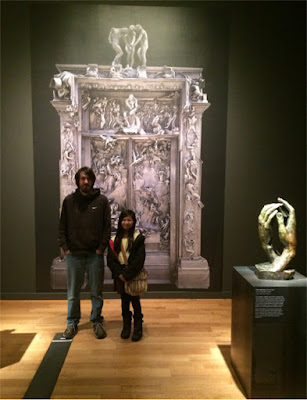 While I was in Richmond for Christmas with my natal family this weekend we went to the blockbuster Rodin show at the Virginia Museum of Fine Arts. I really liked it, as did my sister the art history professor. But I took two children, my eldest son and youngest daughter -- above, in front of a huge photograph of the Gates of Hell --  and my son hated it. He came out thinking Rodin was a complete fraud. C'est l'art. 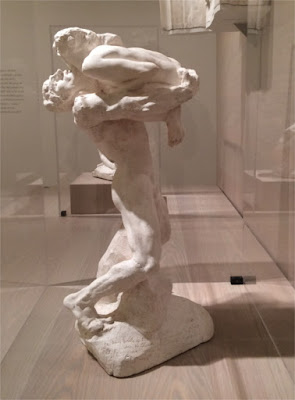 The exhibit included lots and lots of plaster casts. Rodin made tons of these, at many different scales; this is a figure group designed for the Gates of Hell. What the exhibit really brings home is how experimental Rodin's approach was. He made dozens of models of every piece before he settled on a final form. Rodin was selected to prepare a statue for a monument to novelist Honoré de Balzac in 1891, and the show includes half a dozen different versions of the statue that Rodin experimented with before he settled on one. This final version was not actually installed until 1939, 22 years after Rodin was dead. Pretty much all of his work was like that. 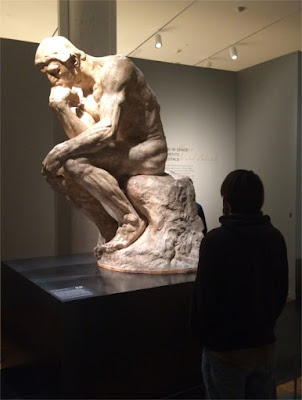 My son contemplates The Thinker. This was also made in many different versions and scales and materials. 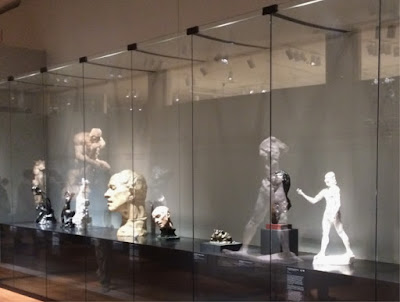 Sadly, many of the pieces are behind glass, I suppose because they are very fragile. But the glass did create some interesting effects in the dramatically lit rooms. 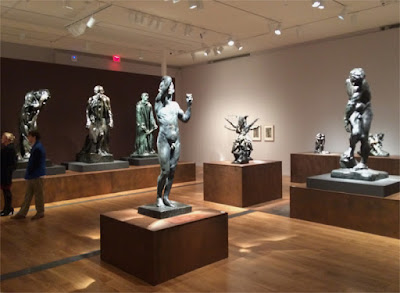 The final room, with many complete bronze works, mostly cast after Rodin was dead. I could have spent hours in here. 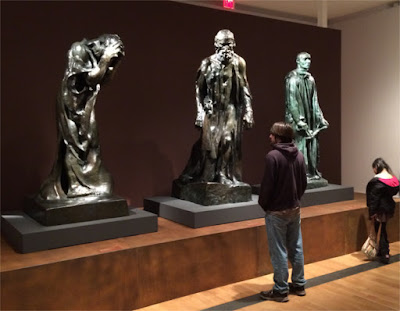 My children with three of the Burghers of Calais. I love this work and I very much enjoyed being able to see these three figures up close. For me, this was a great experience.

More on Rodin here, including much better pictures.
Posted by John at 9:20 PM