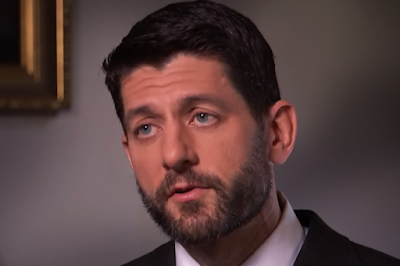 
Outside the Beltway, the right is livid with new Speaker Paul Ryan’s trillion-dollar spending deal with Democrats. Conservative pundit Ann Coulter says Ryan, just seven weeks on the job, is ripe for a primary challenge. “Paul Ryan Betrays America,” blared a headline on the conservative site Breibart.com. And Twitter is littered with references to the Wisconsin Republican’s new “Muslim beard.”

Yes, the Republican Speaker of the House is being accused of converting Islam because he grew a beard.
Posted by John at 9:18 AM

I know nothing about this new development (and intend to keep it that way) but I suspect that "muslim beard" is meant as a joke -- poking fun at anti-muslim hysterics.

I wonder if they also think Abraham Lincoln was a Muslim.

They also probably would have used the epithet "Turk" instead, or at best "Musselman".