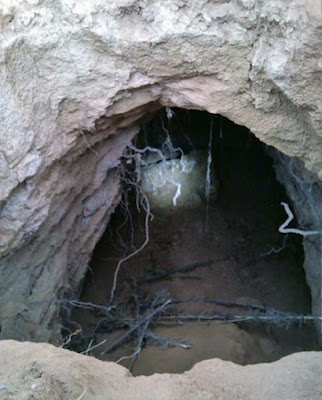 A farmer driving a tractor across a field near Città della Pieve in Italy felt a lurch, looked back, and saw that his plow had fallen into a hole that had not been there a second before. For some reason he chose to contact the official archaeologists rather than the tomb raiders who make most of Italy's new archaeological discoveries. Investigating, they found an underground Etruscan tomb dating to the 3rd Century BCE. 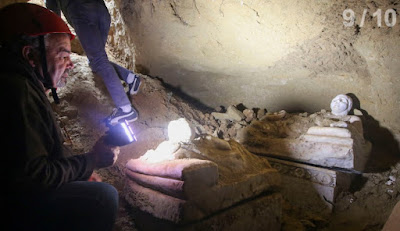 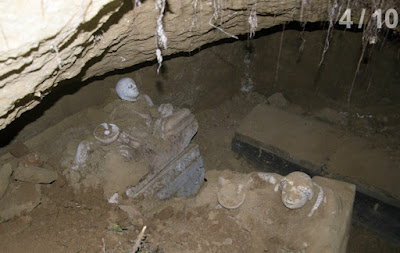 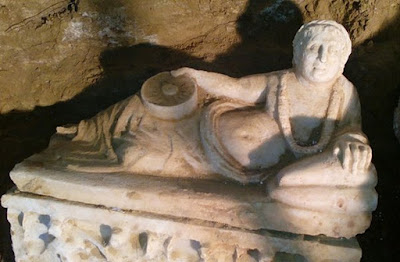 Which is very cool, but ignore the fluff about what mysterious people the Etruscans were, because by the 3rd Century BC they were part of the Roman Republic and we know as much about them as we do about any ancient people other than the Romans and the Athenians.
Posted by John at 2:41 PM