Today's Place to Daydream About: Taurodant 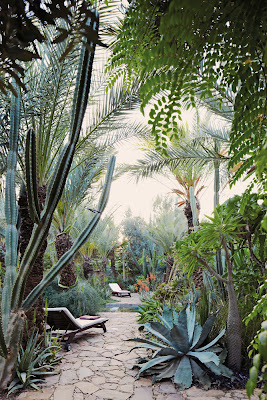 Taurodant is a small city in southwestern Morocco, a new destination for people who think Marrakech has too many tourists and expats. 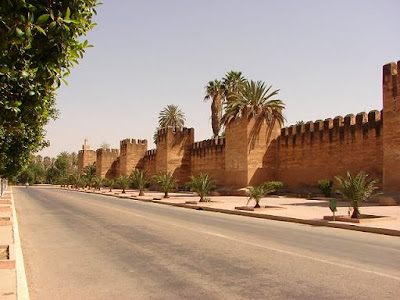 It is a thousand years old and its walls were built in the sixteenth century. But what really draws me to Taurodant is the gardens. Here is one place where the ancient Persian tradition of the garden as a walled oasis is still thriving. 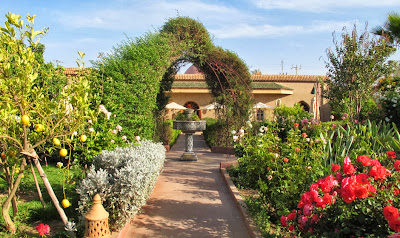 The town has several small hotels catering to westerners, each with a garden; this is the Dar Zitoune. 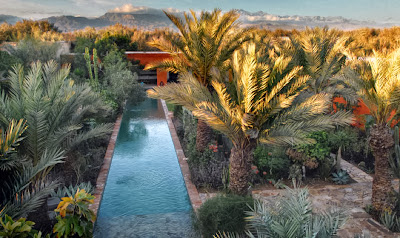 And the Dar al Hossoun. 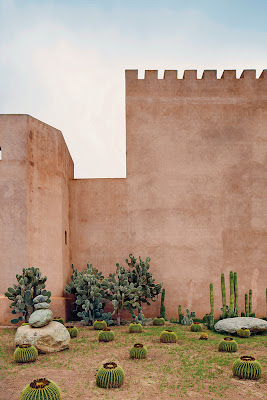 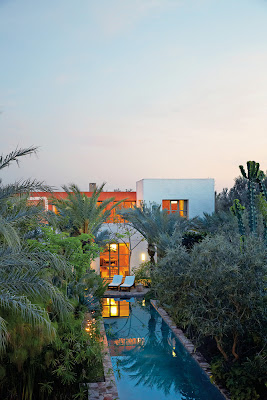 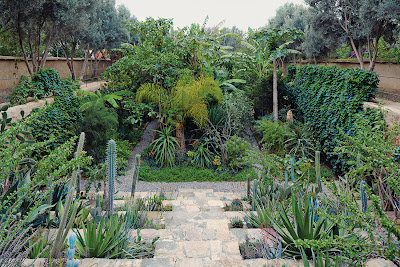 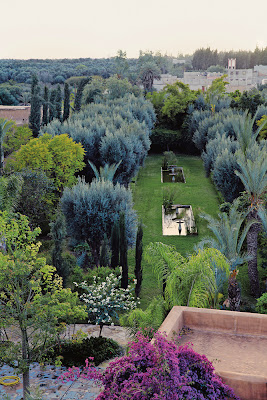 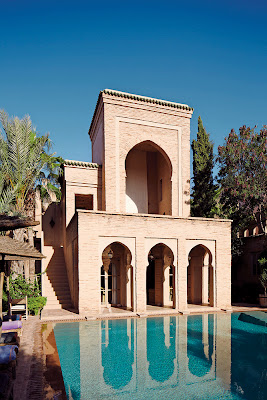 These pictures and the one at the top are by Simon Watson, from a unbelievably pretentious feature by Christopher Petkanas in the Times. But, hey, it still looks like a beautiful place, and maybe only a writer as pretentious as Petkanas could get into so many private houses belonging to French artists and politicians.
Posted by John at 10:07 AM