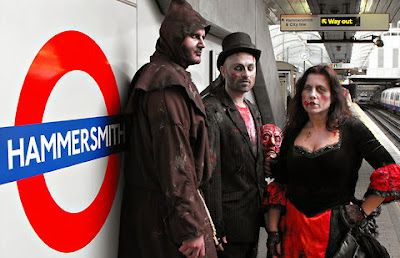 American-style Halloween is taking off in Britain:


Sales of Halloween items in Britain are forecast to grow 12 percent this year to 325 million pounds, or $525 million, from a year earlier. . .  In 2001, British Halloween sales were just £12 million. 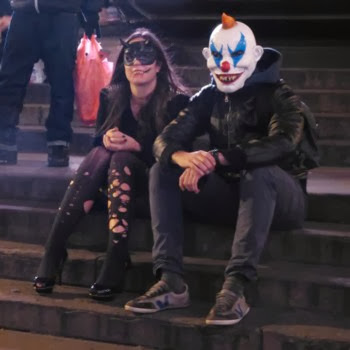 Halloween seems to be crowding Guy Fawkes Day off the Autumn calendar. Which may have been inevitable, since Guy Fawkes Day celebrated the death of a man who was trying to politically integrate Britain with Europe, and the holiday long had an anti-Catholic tone. Another reason:


the British love costumes, and costume dramas are a staple of British television. To dress up and to be observed is almost a national sport, whether at horse races, rowdy rugby matches, drunken university parties or balls for young socialites.

Since I love Halloween, I generally think this is great, but too bad they can't keep Guy Fawkes Night, too.
Posted by John at 7:10 AM