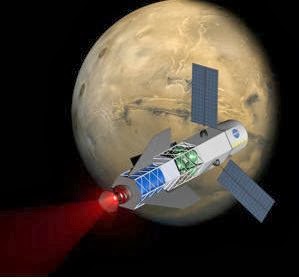 This headline caught my eye this morning:

Well. I mean, sure, if we had fusion-powered spaceships, we wouldn't have any trouble getting to Mars. But "if we had fusion power" is a postulate that could be followed by a lot of other conclusions, like, "we would have no more energy shortages" and "we could easily solve the problem of global warming." 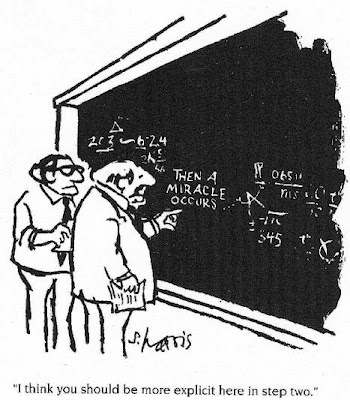 This story actually derives from a presentation made to NASA's Future In-Space Operations working group by a certain Anthony Pancotti of the "space-propulsion company" MSNW. NASA has decided that sending people to Mars and back with chemical rockets just takes too long, exposing the astronauts to unacceptable radiation doses and other deep space effects, and consuming too much weight in supplies. So they are looking for ways to get their faster. Enter Pancotti with his fusion scheme. He is quoted as saying,  "This is a reality, basically. Fusion occurs in the sun, and also in our labs." Please. Fusion certain occurs in the sun, but lots of other things happen on the sun that we have trouble duplicating, like gravity a thousand times' earth's and plasma storms a million miles tall. Fusion only "occurs in our labs" in a very limited sense, always consuming more power than it generates, lasting a few milliseconds and demanding a lab the size of a stadium. As far as I am concerned, designing your Mars mission around a compact, reliable fusion reactor is like designing it around a flight of helpful angels. Stock tip: don't invest in MSNW.
Posted by John at 7:19 AM