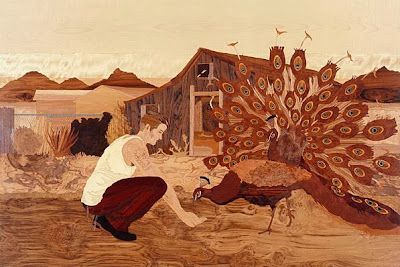 Alison Elizabeth Taylor was born in 1978 in Alabama, grew up mainly in Las Vegas, and now lives in New York. Her first art works to make a splash were marquetry, that is, pictures made from elaborate, layered inlays of different sorts of wood. Mostly she worked with cheap paneling. Above, Era of Argus, 2007. 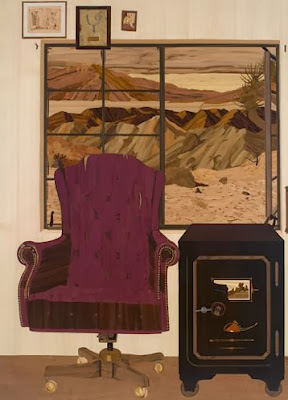 A panel from an installation titled Room, 2009, which surrounded the viewer with a recreated desert cabin. 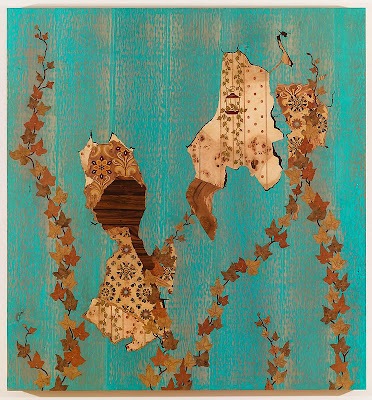 Those early marquetry works don't have any special impact on me, but her new exhibit at the James Cohan Gallery includes works I find a lot more interesting. She is still using layered paneling, but as part of compositions that seem much richer to me. Kelso, 2013. 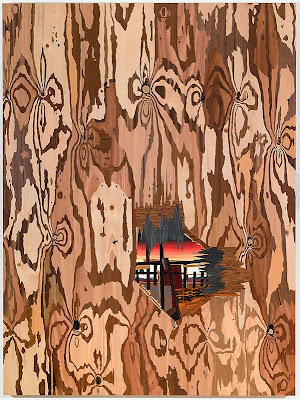 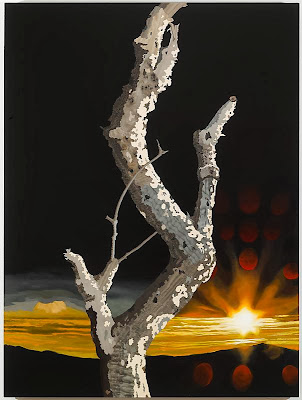 The Transparent Eye, 2013. Here only the tree is formed of layered wood, and the rest of the scene is painted. 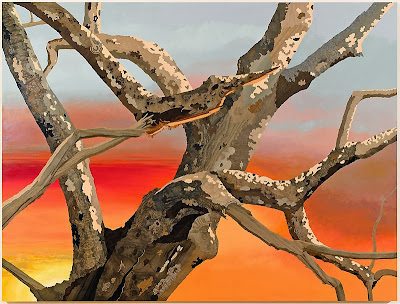 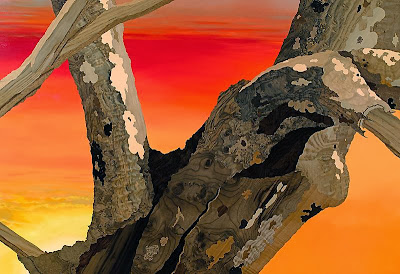 Detail of the above, showing the layered wood veneers. A gimmick, I suppose, but a rather clever one, and not one I mind.
Posted by John at 8:55 PM