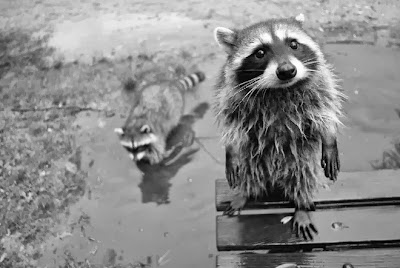 Studies of several mammal species have shown that those living in cities have bigger brains. I read this about raccoons several years ago -- in fact, the article I read suggested that raccoons were splitting into separate urban and rural species. Now the same thing has been shown for several smaller species, including mice and bats (discussion here). Urban environments present very rich year-round food sources surrounded by deadly and constantly varying obstacles, placing a premium on intelligence.

Which makes me wonder -- has living in cities made people smarter, too?
Posted by John at 7:52 AM