A Massacre and a Cursed Site in Fifth-Century Sweden 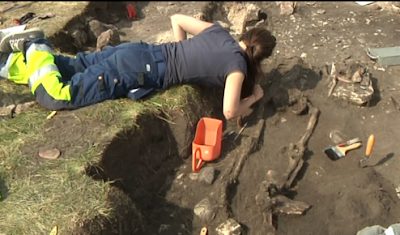 Swedish archaeologists excavating a fortified settlement on the island of Öland came across something completely surprising: a body lying in a doorway. A body with "sharp force trauma" -- that is, sword wounds -- to the head and shoulders. So they expanded their trench and found four more bodies, all of which seem to have died sudden deaths and then been left where they fell. 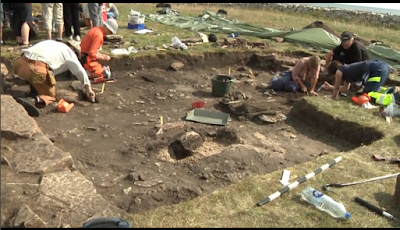 The site dates to the fifth century CE, which these archaeologists call the "migration period." Yes, the upheavals that sent the Goths, Alans and Sueves surging across the Roman frontier were felt in Sweden, too. 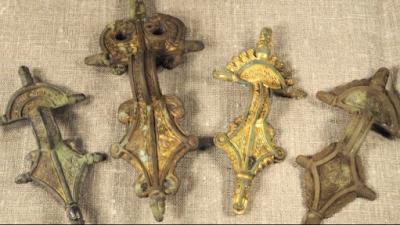 The most fascinating thing about the site is not that the residents were killed, an all too common event in those tumultuous days. What is interesting is that their bodies were never disturbed. Nobody ever went back to bury them, or even to loot the site; the archaeologists found these gilt brooches not far from the bodies.

The archaeologists don't say so, but I know what they are thinking; nobody went back to this site because it was believed to be cursed, or haunted. There was something wrong with the way these people were killed. Probably the violence was considered excessive even by the people who did it. But the vengeful ghosts lingered, or else the spirit that drove the attackers mad, and so nobody went there for so long that the site was eventually forgotten.