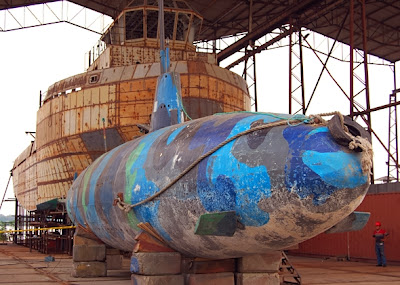 It's been a while since I checked in on my favorite crime story, the fleet of submarines built in Colombia's jungles and deployed by drug traffickers. As Jim Popkin reports for Slate, a massive trial going on in Miami has revealed details of a new wave of even better submarines built for  criminal mastermind Mauner Mahecha:


Mahecha spared no expense. He had a fat R&D budget and spent millions of dollars building each submarine. These aren’t the crude semi-submersibles that drug runners have used for years to cruise just below the ocean’s surface. Those vessels can’t dive to avoid detection and are often just cigarette boats encased in wood and fiberglass. Mahecha’s Kevlar-coated submarines, by contrast, can submerge to 60 feet, go 10 days without refueling, and glide underwater for up to 18 hours at a clip. Unbelievably, they were made by hand in the mangrove swamps of Colombia and Ecuador, in desolate outposts with no access to electricity.

When analysts with the U.S. Office of Naval Intelligence got their first close look at one of Mahecha’s captured submarines, a 74-foot-long beast with twin propellers, they devoted 70 fawning pages to describing its capabilities. “The streamlined hull, diesel-electric propulsion system, and fuel ballast system design all show a significant level of technical expertise and knowledge of submersible operations,” they crowed in a confidential Naval Intelligence white paper marked “For Official Use Only.” 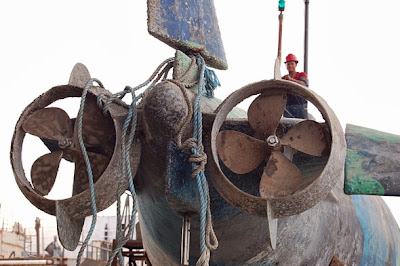 The submarines were built and crewed by recruits from the Colombian navy, and the operation was detected and shut down when one of those recruits went to the Colombian authorities with his story.
Posted by John at 12:30 PM