Dutch Ships of the Seventeenth Century 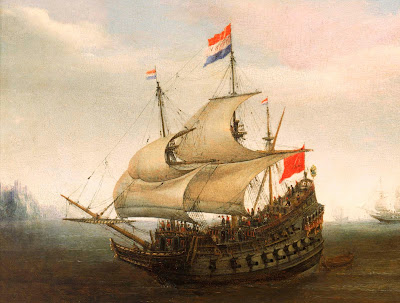 In the sixteenth and seventeenth centuries the Seven Provinces of the Netherlands embarked on one of those amazing explosions of energy and productivity that sometimes make small countries leaders of the world. In the case of the Dutch, their prominence was all about ships and the sea. So when they got rich enough to have a great artistic tradition one of the things that their artists liked to depict was ships. Their paintings, done for sea captains and shipowners, were often exact to the last rope and spar. We thus have a record of Dutch ships in this period far more rich and detailed than for the ships of any prior era. 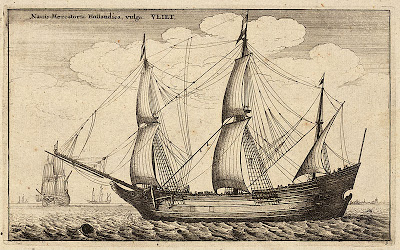 Other nations of this time also embarked on programs of building ships and exploring the seas, but the Dutch were just better. Dutch ship yards could build a vessel for about half the cost of an English or French yard. More, they had hit on some very important advances in design. This is a fluyt or fluytschip, the standard Dutch cargo vessel of the seventeenth century. It was built to do one thing, carry cargo from port to port. It was not built to be fast, or to be an effective warship should trouble arise. Instead the designers emphasized efficiency. It could be handled by a smaller crew than other ships of the time, and loaded more quickly. Using these sturdy, utilitarian vessels, the Dutch dominated the trade in staples like salt fish and lumber. 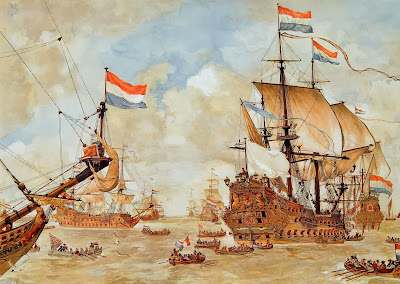 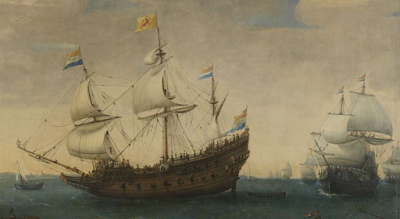 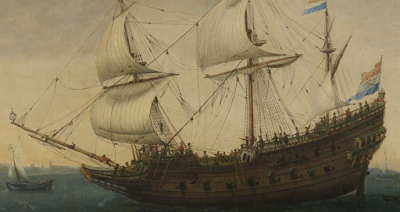 For voyages to the Indies, different vessels were needed. They had to be well armed, since pirates were a constant danger and the European countries were so often at war.

It is these East Indiamen and the closely related warships that were painted most often. Above is a famous painting showing the return of the second Dutch expedition to the spice islands in 1599. 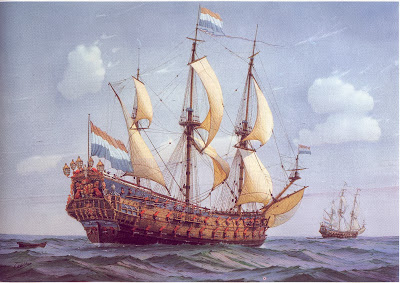 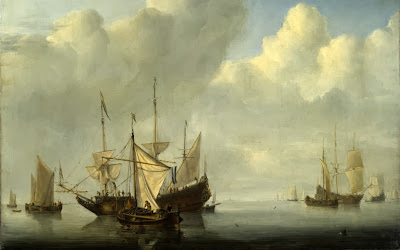 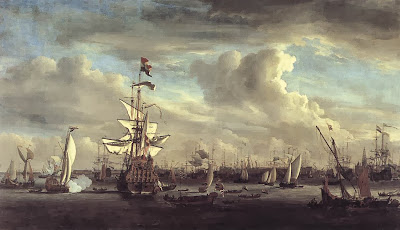 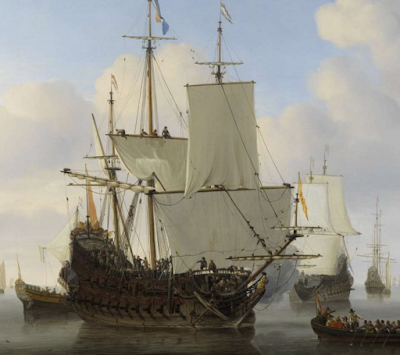 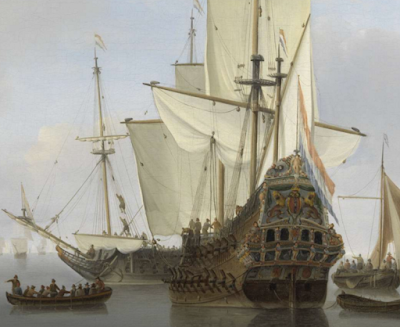 Dutch naval power reached its peak in about 1670. At that time about ten per cent of Dutch adult males were sailors, and the Dutch had more ships than England, France, Germany, Portugal, Scotland, and Spain combined. 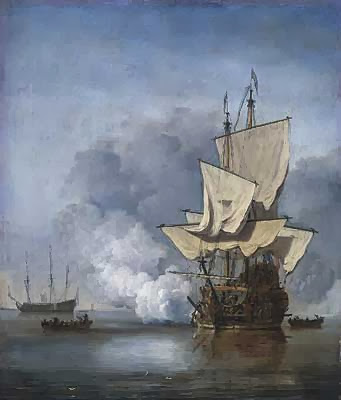 This is called The Canon Shot and it is a nice reminder of how much smoke artillery produced in the days of black powder. 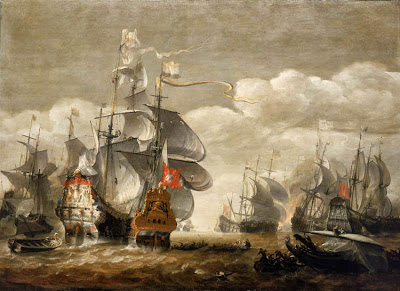 Dutch naval dominance was constantly challenged by others, especially the English and French. As a result, there were many naval battles. And many paintings of the ones the Dutch won. 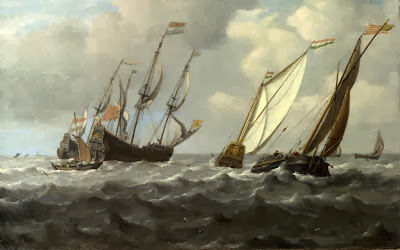 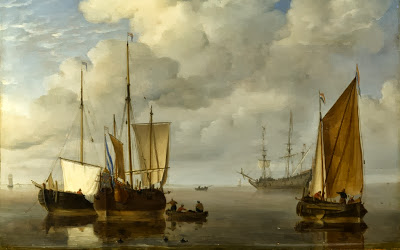 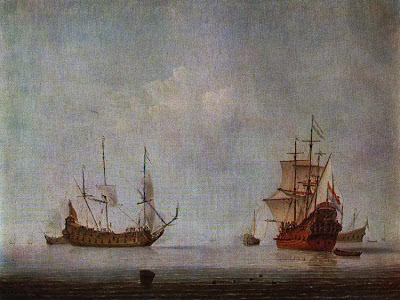 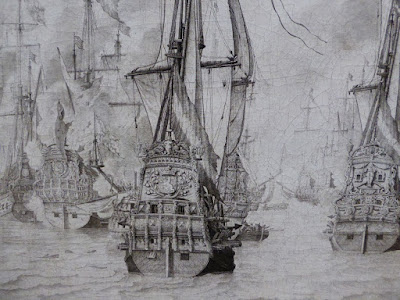 Eventually the English and French, with their bigger populations and bigger budgets, overmastered the Dutch. But for a century their tiny country rules the waves.
Posted by John at 7:02 AM